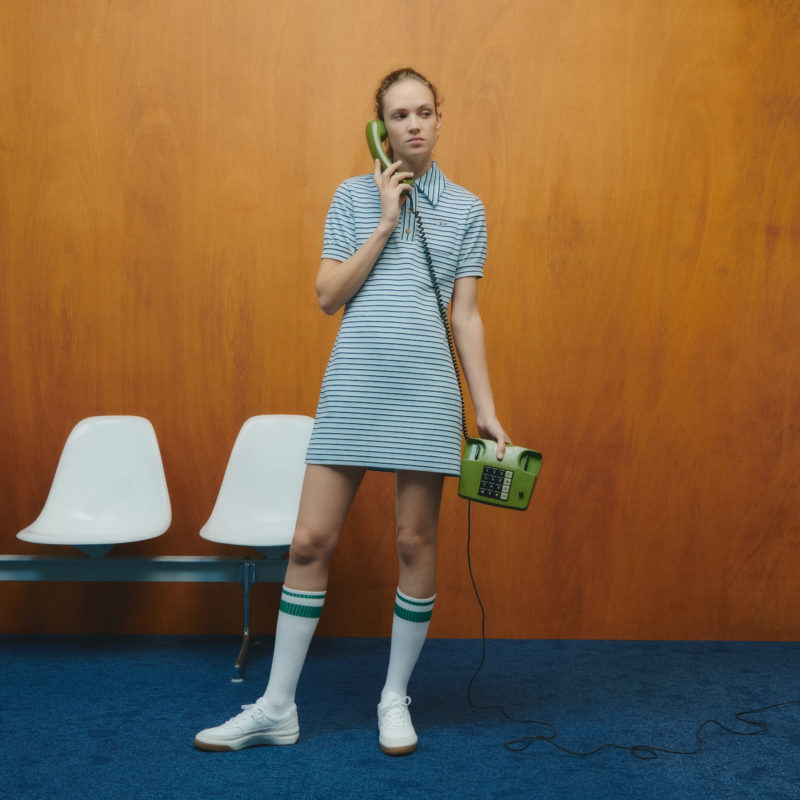 Plus, Dorian Who shows her support for protestors in Iran.

Ever wished you could look like Gwyneth Paltrow’s iconic character from The Royal Tenenbaums? Now you can, thanks to the Lacoste x goop collab. Inspired by the striped polo dress Paltrow wore in the 2001 film, the two brands have created a capsule collection that includes a modern version of the costume, plus polo shirts and other sporty separates. Don’t blame us if this leads to an impromptu viewing of the Wes Anderson classic.

Dorian Who releases limited-edition sweaters to support protests in Iran

Dorian Who has never been afraid to be political, and we love her for it. For her latest collection, the Canadian designer is releasing a series of limited-edition sweatshirts and tees adorned with the phrase “Women. Life. Freedom” in support of Mahsa Amini, the 22-year-old woman that was killed in Tehran, Iran. Head to dorianwho.com for more info.

If you find yourself in Toronto’s Queen West neighbourhood between now and December 31, check out Ahiri’s first standalone pop-up shop. Not only is the Canadian brand’s second drop available to purchase, but Ahiri is also offering 30% off all products in honour of Black Friday. It’s a great excuse to shop locally and look fabulous.

In honour of Canadian jewellery designer Dean Davidson’s 15th anniversary, the brand has opened its first-ever Canadian brick-and-mortar store in downtown Toronto. Boasting over 1,000 square feet, the space is as beautiful and meticulously designed as the pieces Davidson creates. And be sure to look out for the sculpture by Taiwanese-Canadian artist Dennis Lin, which features the same brass used throughout the jewelry collections.

What do you give to the person who has everything? We’re not sure, but Canadian lifestyle brand Obakki probably has it. Luckily, they’ll be at Holt Renfrew Ogilvy in Montreal from November 15 to December 28, so you can see (and shop) for yourself. Known for its commitment to sustainability, Obakki is part of the retailer’s H Project’s showroom, a curated space dedicated to brands that are better for people and the planet.

This Calming Supplement Eased My Tension Headaches Without Irritating My Gut
The K-Beauty Spatula is TikTok’s Fave for a Flawless Foundation Application
Blindish Latina Founder Catarina Rivera Is Proving You Can Still Live Your Best Life Having a Disability
The Most Iconic Oscars Looks Ever, As Chosen By FASHION Editors
Neutral Workout Outfits to Start Your Year Off Right — and On-Trend