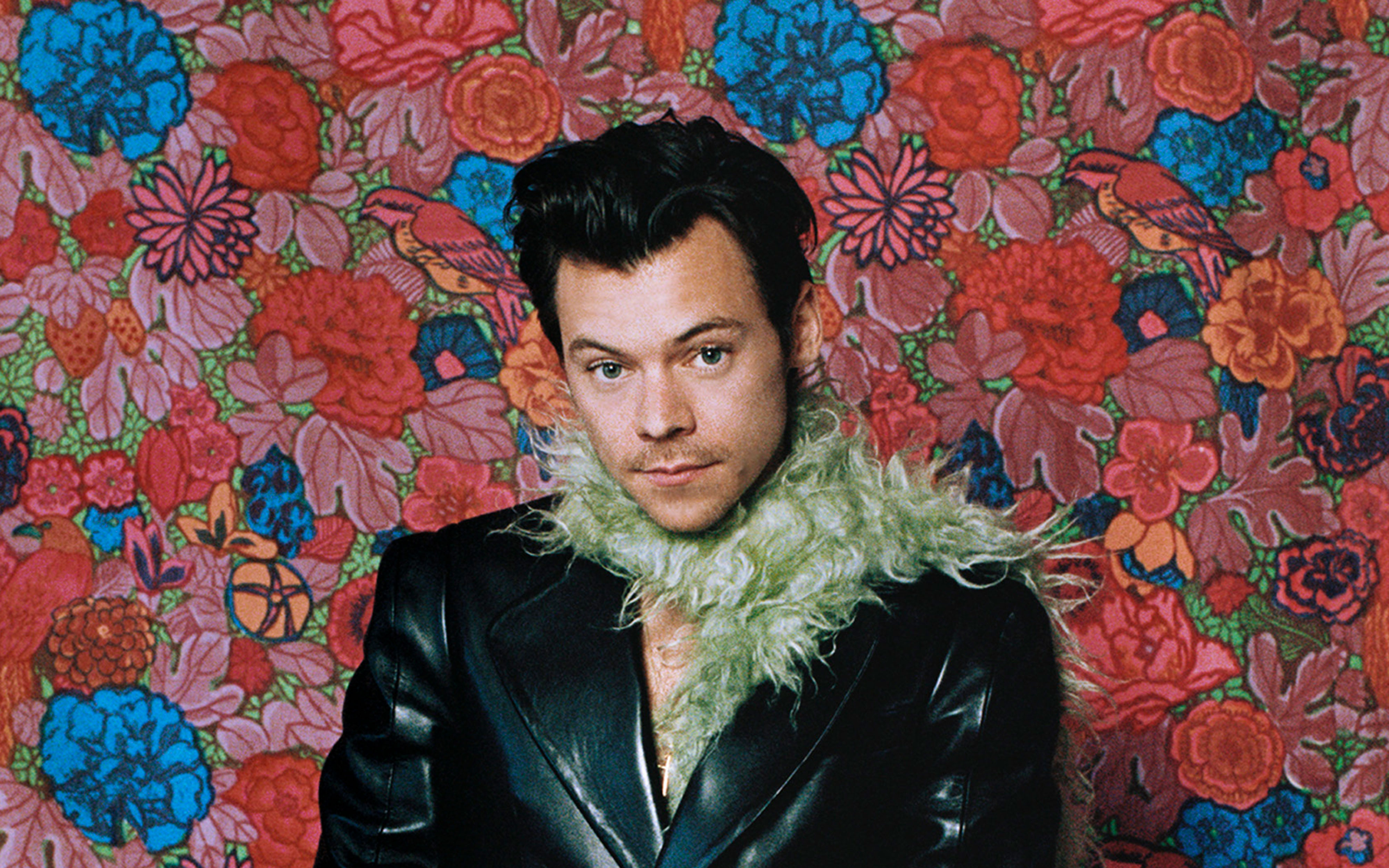 In the spirit of acceptance, here’s a timeline of Styles’s relationship with Olivia Wilde thus far.

No one likes to hear that Harry Styles is in a relationship. I mean, since the 27-year-old star transcended his One Direction boy-band era, he has solidified his role as the internet’s forever man-crush — thanks to his famously gender-blurring style and award-winning music. So when the news broke earlier this year that he and filmmaker Olivia Wilde were together, the reaction from fans to a Harry Styles Olivia Wilde romance was not exactly filled with excitement.

But now that he and Wilde, 37, have been together for months, they have become one of the internet’s favourite celeb couples, known for their mutually supportive dynamic and stylish outings. It’s time we talk about the couple’s most memorable moments together, so read on for a Harry Styles and Olivia Wilde relationship timeline.

The duo get to know each other on the set of Don’t Worry Darling, a psychological thriller directed by Wilde herself. Styles was cast to play Jack, the husband of Florence Pugh’s Alice, replacing Shia Lebeouf who was reportedly fired from the role by Wilde after clashing with the cast and crew. Wilde later gushes about her excitement of having Styles in the film. She praises the British singer for his experimental style, telling People that his brand of confidence is “truly devoid of any traces of toxic masculinity.”

It’s confirmed that Wilde and actor Jason Sudeikis, who have two young children together and were engaged, broke up earlier in the year. The decision was mutual, as reported by ET Online, and the two are focused on co-parenting.

January 2021: Wilde is Styles’s plus-one at a wedding

Countless hearts are broken when photos published by Page Six of the duo at Styles’s manager’s wedding hit social media. Wilde, wearing a long bohemian floral dress, walks hand-in-hand with Styles, who sports a well-fitted black suit and a white dress shirt with lace detailing. Styles also allegedly calls Wilde his “girlfriend” that night, a milestone in any blossoming romance.

After news of their relationship went viral, the two are seemingly less concerned about hiding their affection for one another. Photos published by Daily Mail show them enjoying a (masked) outing with friends in Santa Barbara, California, where they hold hands and lock arms.

February 15, 2021: Wilde reaffirms her affection for Styles on Instagram

After wrapping Don’t Worry Darling, Wilde shares a heartwarming statement about Styles on her IG, under a black and white photo of him sitting on a convertible, looking fly as ever. “Little known fact: most male actors don’t want to play supporting roles in female-led films. The industry has raised them to believe it lessens their power (i.e financial value) to accept these roles, which is one of the reasons it’s so hard to get financing for movies focusing on female stories,” she writes. “Enter: @harrystyles, our “Jack”. Not only did he relish the opportunity to allow for the brilliant @florencepugh to hold center stage as our ‘Alice’, but he infused every scene with a nuanced sense of humanity.” Um, adorable!

At the 63rd annual Grammys ceremony, Styles wins his first Grammy for Best Pop Solo Performance for the single “Watermelon Sugar.” Wilde takes to Instagram Stories to (somewhat subtly) praise her beau. She posts a picture of Paul McCartney eating a watermelon (seemingly a nod to Styles’ “Watermelon Sugar”) and Mick Jagger in a leather jacket with no shirt and a scarf (similar to the look Styles rocked at the Grammys). We love a hidden message!

After they wrap filming, Styles and Wilde spend some downtime together in London, England. On their trip, Us Weekly reports that they’re spotted hanging at local pubs and strolling around the city. Stars — they’re just like us!

Every budding celebrity romance needs a vacation yacht makeout moment. Snaps released by Page Six show Wilde and Styles on a boat kissing, laughing and dancing during a trip to Italy — as they should. Around this time, a source tells Us Weekly that Wilde is “smitten by Harry,” and “he makes her really happy.”

August 8: Harry sports his fashionable moustache while the couple strolls around Los Angeles

Upon returning from their romantic vacay, photos of the two walking around L.A. are published by the Daily Mail. A critical detail of the photos is Styles’s newly reinstated moustache, which has on its own been the subject of much media attention. Some even pointed out the similarities between his ]stache and the one Wilde’s ex, Sudeikis, sports in his show Ted Lasso. Wilde and Styles appear to be as in sync as ever, both wearing white tees and ripped jeans. The stylish duo is relishing in their summer romance, and we support it!

Inkbox Breaks Into Beauty With Nail Art + More Beauty News
9 Editor-Loved Supplements to Level Up Your Wellness Game in 2023
Join One of Lizzo’s Dancers For a 30-Minute Hip-Hop Dance Cardio Class
Hailey Bieber Says It’s Time to Make the Hair Change You’ve Been Considering
What Is RxPass, and Can It Save You Money on Prescription Medication?