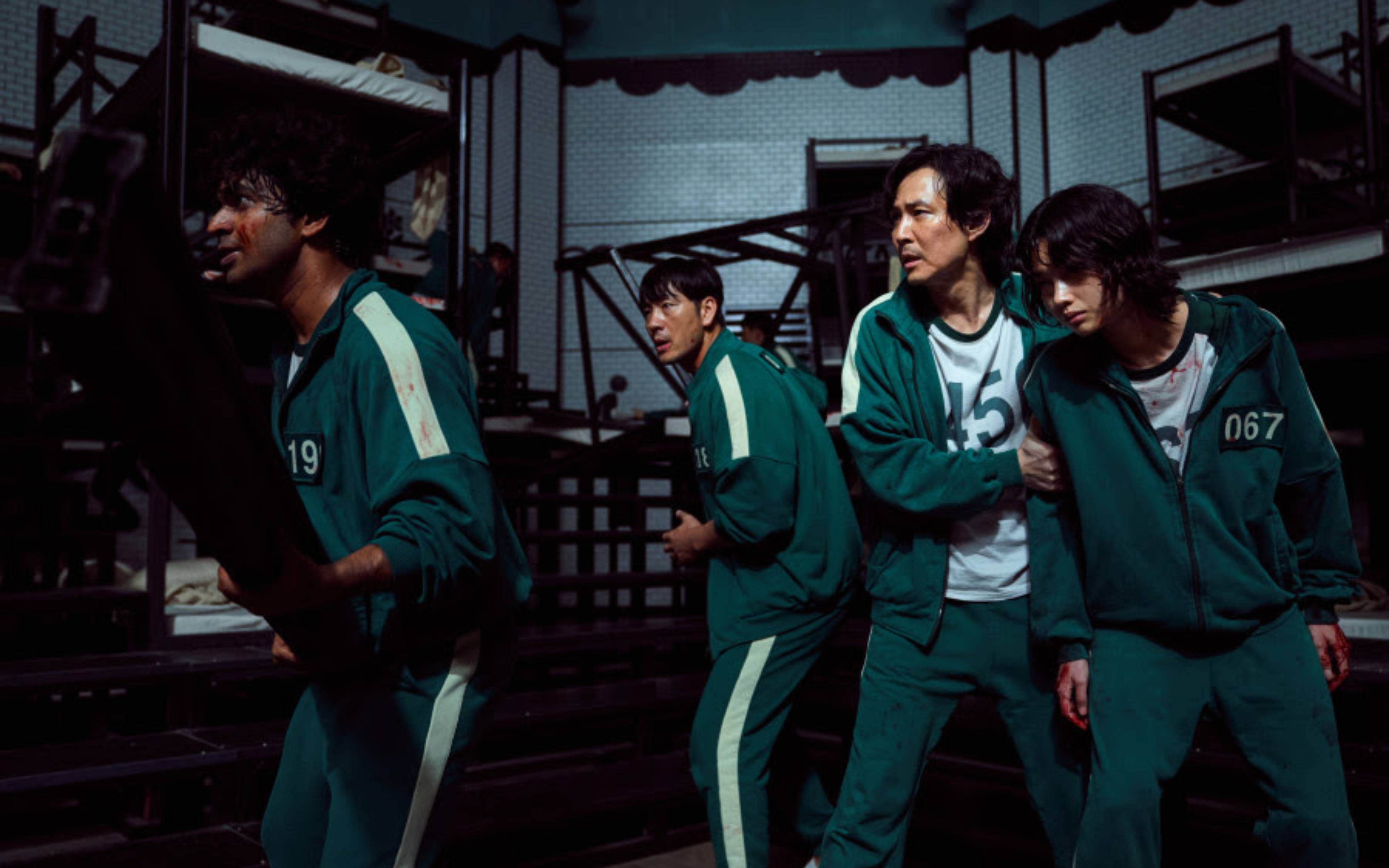 Netflix’s overnight hit was made for Halloween fun.

Squid Game fashion is having a moment.

Yes, you read that correctly. The gory horror series that has taken the internet by storm is now influencing people’s wardrobes.

First, some background. Netflix’s most popular TV show to date, the Korean thriller follows a group of debt-ridden citizens who compete in a series of high-stakes children’s games for the chance to win a life-changing cash prize. However, don’t be fooled by this simplistic synopsis. The nine-episode journey is a mix between the plot of The Hunger Games and the violence of a Quentin Tarantino film, as a game of marbles can result in a shooting spree with masked VIPs cheering in the background.

While the series has quickly become a must-see, Squid Game costumes are similarly becoming a must-wear. According to the New York Times, searches for green tracksuits — the players’ uniforms and perhaps the most iconic ensemble from the series — have doubled since the show’s premiere in mid-September. White slip-on Vans have seen a 7,800% spike in sales. And the hashtag #SquidGame currently has 37.3B views on TikTok.

So we’re calling it — Squid Game is going to be the Halloween costume of 2021. Think about it: Easy to find, comfortable to dance in, and warm enough to survive the late October weather, Netflix’s overnight hit was made for trick-or-treating.

But the question remains, if this is everyone’s go-to ensemble, how can you stand out? TikTok has your answer. Whether your Halloween style is a casual nod or Comic-Con-worthy cosplay, FASHION has rounded up our favourite TikToker-created Squid Game costumes.

For the casual Halloween connoisseur

For the devoted fan

For the last minute partier

For the streetwear enthusiast

For the ultimate cosplayer

This Calming Supplement Eased My Tension Headaches Without Irritating My Gut
This Collaboration Made Me Rediscover My Love of Skiing
Camila Mendes Candidly Addresses Past Eating Disorder: “Really F*cks With Your Process”
The K-Beauty Spatula is TikTok’s Fave for a Flawless Foundation Application
This 10-Minute Low-Impact HIIT Workout Proves You Don’t Need to Jump to Sweat Buckets