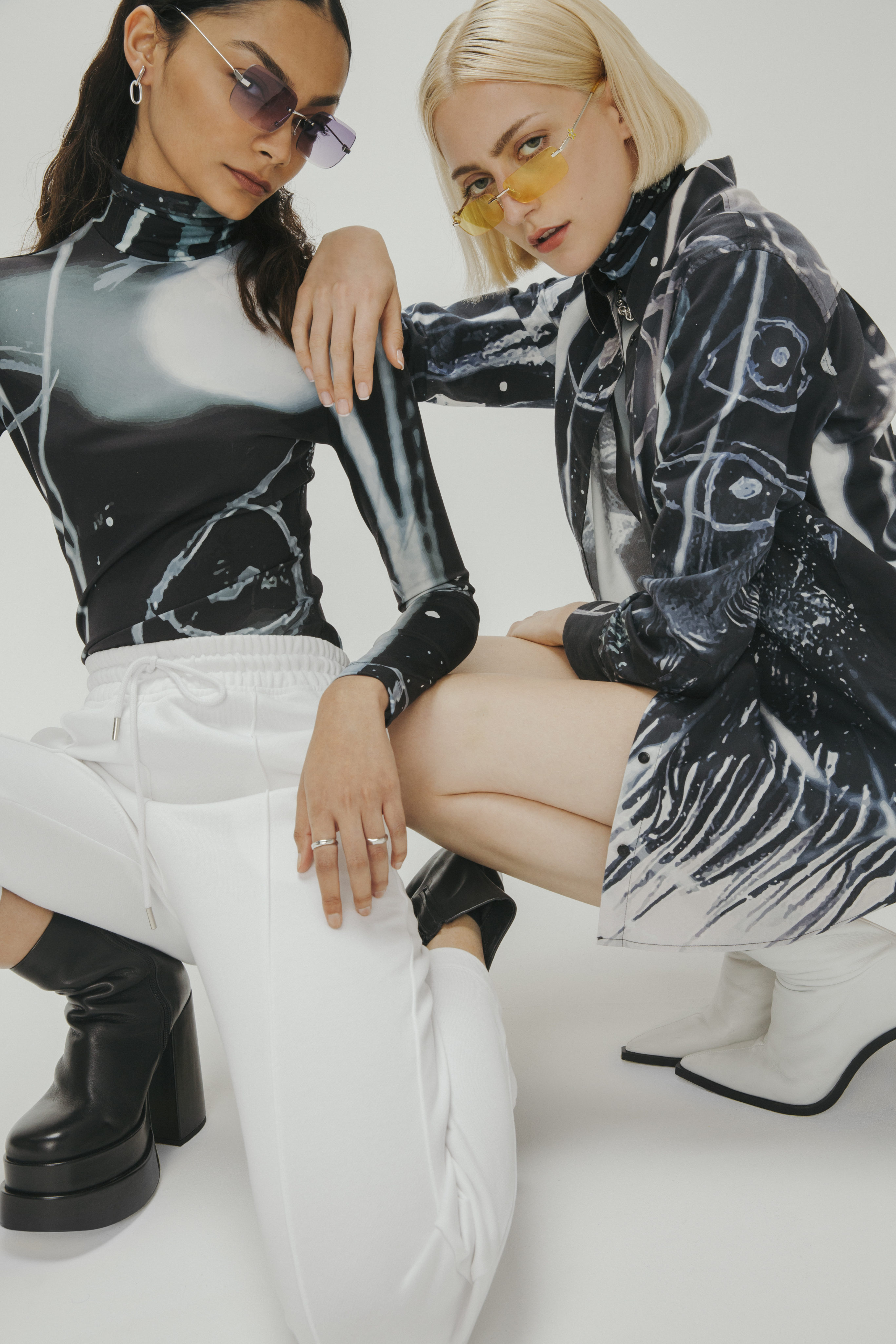 Ahiri designer Michael Jafine shares where he finds his inspiration.

Ahiri started with a simple mission: to create elevated everyday basics that integrate seamlessly into their customers’ wardrobes. To achieve this, founders Ahnaf Ali, Sheetu Latif and designer Michael Jafine took a deep dive into the Toronto fashion landscape. “I wanted to help Canadians discover what their everyday wardrobe can look like beyond Aritzia, Zara and Shein,” Jafine told FASHION in a phone interview. So when it came time to design the debut collection—which launched this August—the designer took into account “the rough and hard winters, how expensive the city is, and the sociopolitical, cultural ideas about identity and consumerism that affect the way people dress and consume fashion.”

Enter Ahiri’s Fall 2022 assortment: a mix of colourful silks, ’90’s-inspired plaids, space cowboys and statement-making coats. You aren’t alone if you spy some similarities to Proenza Schouler and The Row. Jafine worked at both before leaving New York City to return to his hometown. “Coming back to Toronto, I wanted to create a sense of excitement in the fashion industry as it’s slightly underdeveloped compared to the United States,” he shares. But when he arrived, he struggled to find a brand he could “personally vibe with.” As luck would have it, Ahiri was in its early stages, and Ali and Latif were looking for a creative force to take the reins. “It somehow landed in my lap, and it’s been an incredible opportunity.”

Below, we spoke with Jafine about combining the space cowboy aesthetic with British whimsy, his favourite piece from the new collection, and what five products are currently bringing him joy.

How would you describe the style of your brand in three words?

What is something about your brand that would surprise people?

All of our pieces are made in Ahiri-owned factories in Bangladesh. There are a lot of preconceived notions about what manufacturing in Bangladesh looks like. At Ahiri, we take pride in our factories’ comprehensive approach to social and environmental wellbeing. They’re also Leed Gold Certified, the world’s most widely used sustainability-focused rating system, and they’re part of the Bangladesh Accord, ensuring a safe and healthy workplace.

Our founders are from Bangladesh so it refers to a type of classical music from there. Ahiri music depicts the sweet sounds of the morning and the hope and promises that a new day brings. I think it’s very fitting for our brand because we are seeking to create a future in the fashion industry in Toronto, and it also sounds really delicious in your mouth.

Where do you find your inspiration?

It starts from a very personal place. I listen to a lot of classical music, and I like exploring the history of humanity and how the past can influence the present. But for Ahiri’s debut collection, I narrowed it down into three categories: British whimsy, all-American style, and seasonal inspiration, which for Fall 2022 is space cowboy. So it merges these international and North American aesthetics with my personal sensibilities and futurism-meets-Western feel.

What’s one piece that is especially meaningful to you from your new collection and why?

The black-and-white square neck dress is truly a feat of complex engineering. In the design process, I took inspiration from butterflies and wanted to knit the symmetrical shapes into the actual garment. So to achieve it, we had to think innovatively about the production process, and I’m proud of our team for creating the final product.

What’s your top tip for wearing the Western look?

Layer! Ahiri’s pieces are designed to be mixed, matched, and layered. Also, add little Western touches like a cowboy boot, hat or a bedazzled buckle belt.

Favourite: Obviously Western. Least favourite: The exposed whale-tail thong. We got to let it go and pull our pants up [laughs].

How would you describe Toronto’s style?

I’ve thought a lot about Toronto’s style when creating the Fall 2022 collection. There’s a sense of simplicity and conservatism mixed with a strong desire for personal expression and standing out. In general, the city has a balance of fashion enthusiasts and those who are disinterested in fashion.

What are you watching or reading right now?

Irma Vep. It’s a TV mini-series starring Alicia Vikander, based on a 1996 movie of the same title. It’s about a director recreating a famous French silent film, and it explores the protagonist’s struggles as the distinctions between herself, and the character begins to blur. And because I’m so inspired by time, I love exploring how we can integrate where we’ve been, where we are and where we want to go into one space and create something exciting for the future.

What are five items that are bringing you joy right now?

“House of the Dragon” Star Fabien Frankel Spent Seven Months Planning a Singular Sex Scene
The Creators of the Theragun Just Released 8 New Wellness Tools — and They All Hit the Spot
Are Adam Levine and Tristan Thompson Proof that Pisces Men Are Cheaters?
Free 7-day Course: Begin Embodied
Meghan Markle Wore a Subtle Tribute to Her Majesty at the Queen’s Funeral