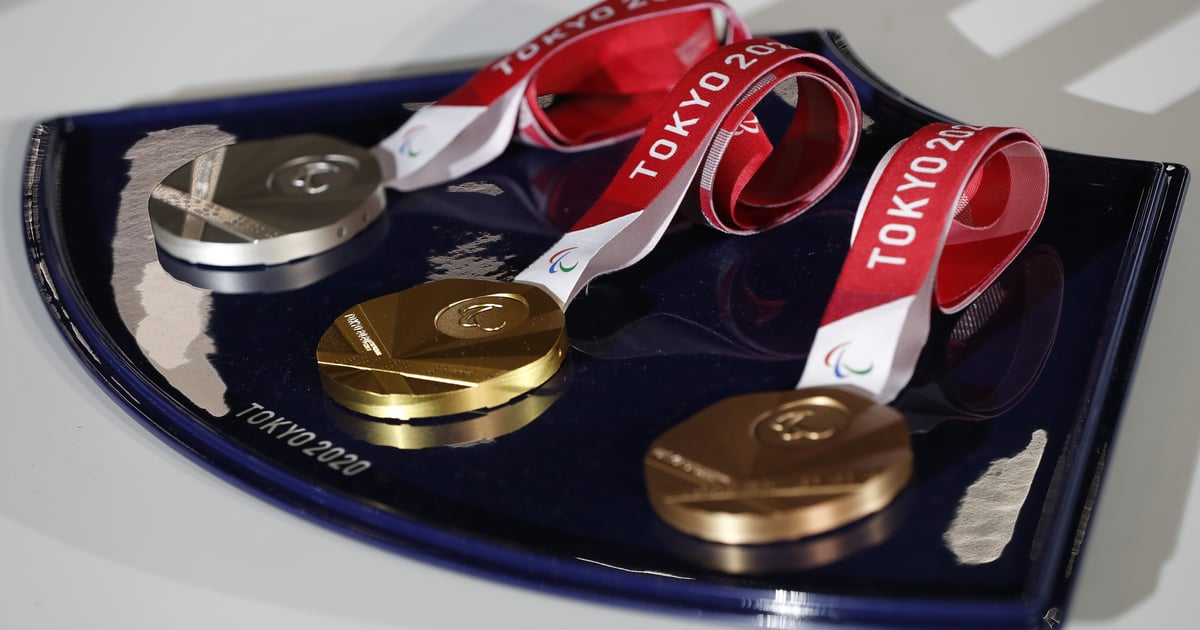 There’s just over two weeks until the Paralympic Games kick off in Tokyo, and we are so excited for another incredible display of international athleticism and sportsmanship. While Team USA racked up quite the impressive tally of medals during the Olympic Games, the beautifully created Paralympic medals have us ready to add even more shiny hardware to the collection. The Olympic and Paralympic medal designs were revealed back in 2019 when the previously scheduled Games were just one year away, but after the official Paralympics Twitter account shared photos of the medals this week, we needed a closer look immediately.

The Paralympic medals feature two sides of uniquely created designs. On the front of the medal, “Tokyo 2020” is written in braille. On the other side, a Japanese fan is expanded to include different elements of the Games. According to the Olympics website, each part of the fan displays rocks, flowers, wood, leaves, and water representing Japan’s “captivating and life-giving natural environment.” The gold, silver, and bronze medals respectively each have one, two, and three indentations on the side so they can be easily told apart. With the indentations, it’s the first time that Paralympic medals have been designed for athletes who are visually impaired.

It’s an especially meaningful year for the athletes, as it’s also the first time US Paralympians will earn the same pay as US Olympians for the medals won during the Games. After the 2018 Winter Olympics, the US Olympic & Paralympic Committee (USOPC) announced that all athletes would receive the same reward for medals won, and Paralympic athletes who medaled in Pyeongchang were later reimbursed to receive fair pay. Tokyo marks the first time where Paralympians and Olympians will earn the same pay in real time.

Check out the details of how to watch the Tokyo Paralympics when the Games kick off on Aug. 24, and see photos of the beautiful Paralympic medals ahead.

The Viome Full Body Intelligence Test Gave Me Surprising Info About My Heart Health
Lipgloss Nails Were Made for Minimalists
Is Period Underwear Safe? The Answers Are Still Murky
Michael B. Jordan Proves He Still Has His Boxing Skills in Dramatic “SNL” Promo
Neutral Workout Outfits to Start Your Year Off Right — and On-Trend