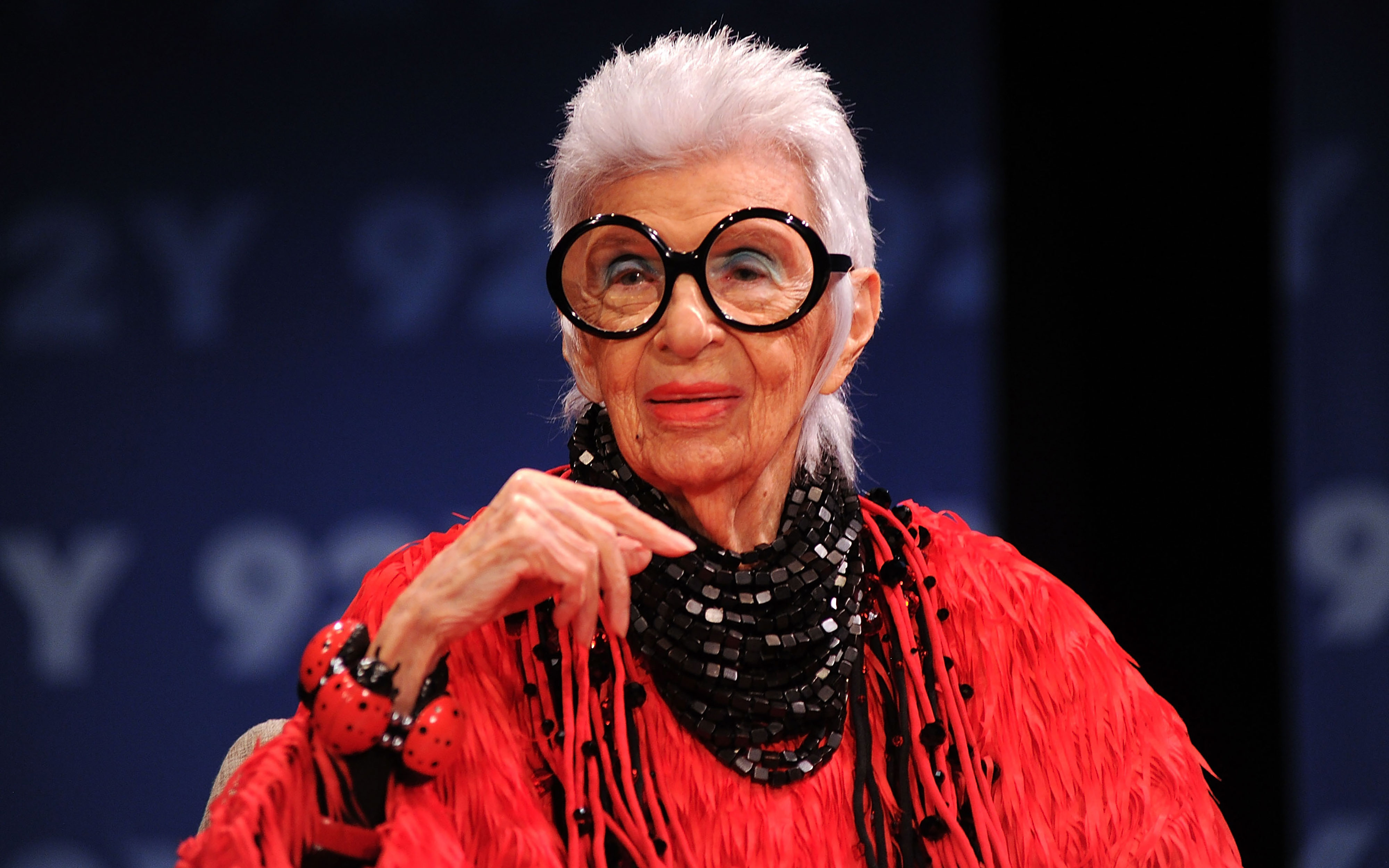 Start lining up now because this H&M partnership is sure to sell out.

Who would’ve thought that the buzziest event at New York Fashion Week would be a 100-year-old’s birthday party!?

Everyone’s favourite maximalist style icon Iris Apfel is celebrating her 100th year in the most Iris Apfel way possible — a birthday extravaganza hosted by Harper’s Bazaar and H&M. To commemorate the occasion, the Swedish retailer is paying homage to her unmistakable aesthetic with a special Iris Apfel x H&M collaboration launching in early 2022.

In a press release, Apfel reveals she’s thrilled about the collection, saying, “I think H&M is fabulous and are absolute pioneers in their field — which I love! I love doing high style at affordable prices, which H&M has mastered!”

While specifics about the clothing and accessories are still hush hush, this collab is shaping to be one of H&M’s most epic partnerships yet. The sure-to-be fabulous assortment will include colourful coordinating sets, floral suits, tiered ruffle dresses and bright printed dresses, featuring a mix of textures, cuts and patterns. Embracing Apfel’s love of statement jewellery, H&M revealed the accessory line would be pulling inspiration from plants, animals, and “treasures from another world.”

​​“Iris epitomizes personal style — a style that is both beautifully flamboyant and eclectic as well as being totally ageless,” says Ann-Sofie Johansson, creative advisor of H&M womenswear. “She shows what fashion is all about — a means to express yourself, who you are or want to be and having fun at the same time — a true inspirer!”

Before she found fashion fame, Apfel first made a name for herself as an interior designer. While she was known for her unique sense of style within the home decor industry and worked with the wives of nine presidents making over the inside of the White House over the years, it wasn’t until 2005 that she rose to superstardom.

After a late cancellation at the Metropolitan Museum of Art’s Costume Institute, curator Harold Koda reached out to Apfel to see if she would be interested in showcasing her infamous personal collection of vintage and designer accessories and clothes. The result was a one-of-a-kind exhibition, Rara Avis: Selections from the Iris Apfel Collection where Apfel dressed each mannequin in outfits she actually wore, and the public fell in love with her overnight.

Since then, the fashion icon has added more titles to her resumé as a model, fronting campaigns for Kate Spade amongst others; a fashion designer, collaborating with Zenni Optical and now H&M; and an author, whose book Iris Apfel: Accidental Icon came out in 2018. Apfel was also the subject of a 2014 documentary.

In honour of Apfel’s upcoming collection, here are some of our favourite looks from the chic centenarian.

Dorian Who Releases a Thought-Provoking Collection + More Fashion News
The Best Street Style from Copenhagen: Oversized Leather, Layering, and Lots of Green
Do This Simple Arm Warmup Before Any Upper-Body Workout
Why Levi’s 501 Is Still the Most Iconic Pair of Jeans
An Inside Look at Canadian Artist Maxwell Burnstein’s Latest Collage Inspiration: LOUIS XIII THE DROP