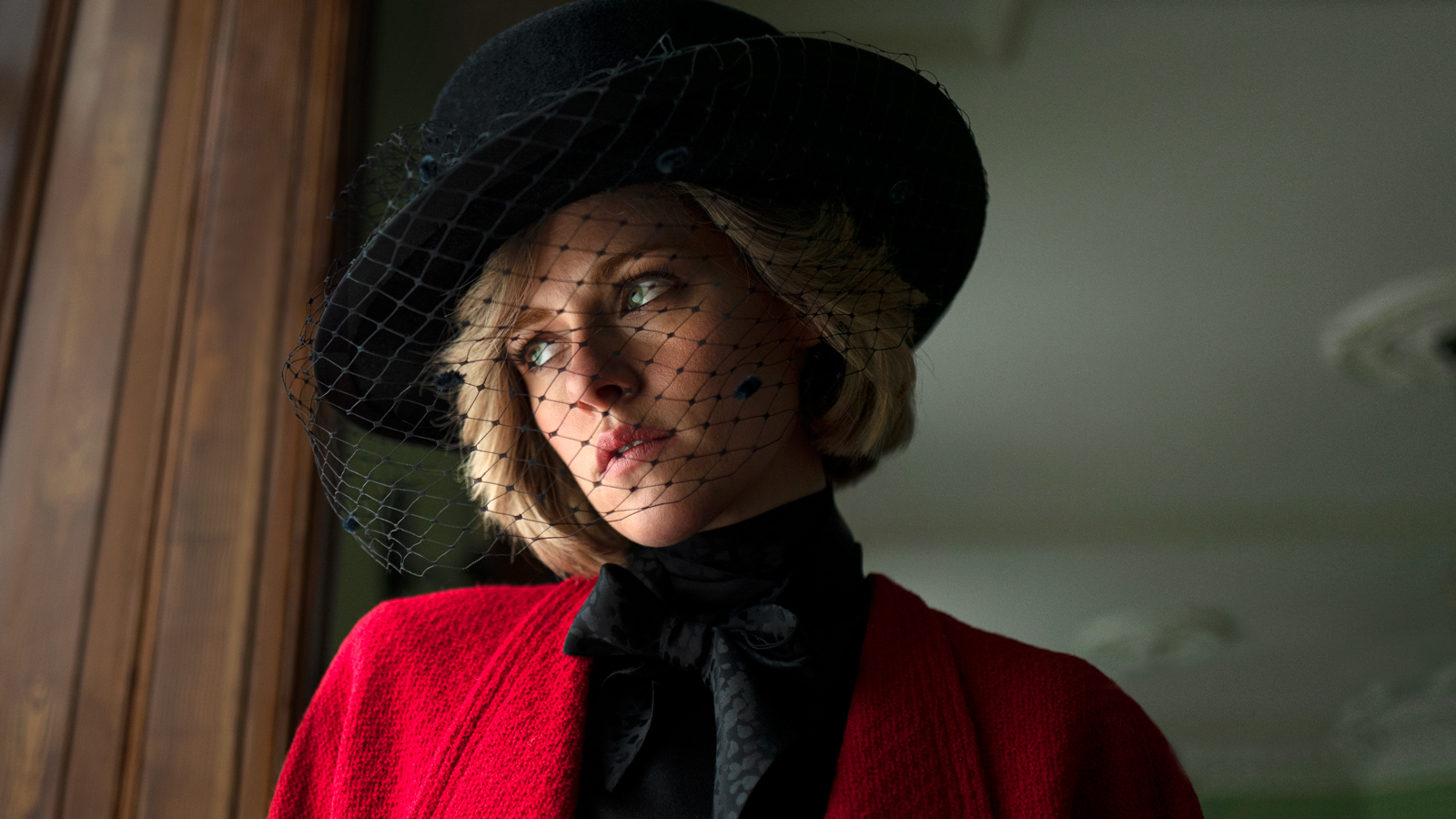 The Princess Diana biopic is hitting theatres in November — here’s everything we know about the film.

We just got a major glimpse of Kristen Stewart as Princess Diana — and it’s a breathtaking ode to the historical figure’s story. Stewart will be depicting Lady Di in Pablo Larraín’s biopic Spencer, whose title comes from Diana’s maiden name, about the beloved princess’s challenging days as a member of the royal family. Here’s everything we know about Spencer so far.

What Spencer teasers have been released?

On August 25, Neon, the studio backing Spencer, revealed the film’s poster. In it, Stewart is turned away from the camera in a long cream gown that fills up most of the photograph. The image paints a moment of hopelessness: she is crouched over and resting her face into her gown — a pose that fans have pointed out is similar to when Jennifer Lawrence fell at the Oscars in 2013, but we digress. The tone of the film is undoubtedly melancholy, with the haunting poster image and its accompanying foreboding caption, “Every fairy tale ends.”

The dress shown in the poster is not an exact replica of any particular gown worn by Diana, but it’s reminiscent of some of her most famous looks. It seems to be inspired by a similar jewel-encrusted cream gown that Diana wore to a 1987 premiere of the James Bond film, The Living Daylights. The gown also has similarities to Diana’s famous 1981 wedding dress — a voluminous off-white, princess-style frock with a 25-foot long train.

After the poster was revealed on August 25, guests at CinemaCon, an annual trade show convention in Las Vegas, got an exclusive glimpse of the footage for Spencer. The 20-minute teaser is not available for public viewing, but Variety reported that it “features fabulous suits, elaborate scenery, and a tense conversation between the Prince and Princess of Wales.” It also highlights Diana’s relationship with the paparazzi and her ongoing struggle to protect herself from the media.

What’s the plot of Spencer?

Written by Steven Knight, the film recounts a Christmas holiday at the Queen’s Sandringham estate in 1991, when Diana is grappling with her fading marriage amid rumours of Prince Charles’ affair. Deadline reported that Spencer “covers a critical weekend in the early ’90s, when Diana decided her marriage to Prince Charles wasn’t working, and that she needed to veer from a path that put her in line to one day be queen.”

According to a synopsis from Neon, the film “is an imagining of what might have happened during those few fateful days.”

Is there a trailer for Spencer?

The only dialogue in the trailer comes at the very end, when a female voice says, “They know everything,” to which Diana replies, “They don’t.”

What other looks from Spencer have been shared?

Aside from the newly released poster and the brief clips of Princess Diana in the trailer, we’ve also been given two sneak peeks of Kristen Stewart as Lady Di. In January 2021, Neon shared an image of Stewart as Diana in a red coat, layered over a black turtle neck and loose bow tie. Wearing a black hat with a delicate veil, she gazes introspectively to the side, inducing an almost immediate feeling of sadness.

In March 2021, another, noticeably less grim still of Stewart looking strikingly similar to Diana was released. The photo shows the actor looking straight into the camera with her head tilted to the side, wearing a slight grin. Notably, she’s sporting the sapphire ring that Prince Charles gave the princess for their engagement.

There’s certainly no shortage of wardrobe inspiration to draw from the historical fashion icon, and we’re eager to see what other looks are channelled through the film.

The importance of playing the beloved princess is not lost on Stewart, who told InStyle that she worked with a dialect coach to perfect Princess Diana’s distinct voice. “I haven’t been this excited about playing a part, by the way, in so long,” the actor added. Acting in the film alongside Stewart will be Jack Farthing, Sally Hawkins, Timothy Spall and Sean Harris.

When will Spencer be released?

The movie will premiere at the Venice Film Festival, which runs from September 1 to September 11. It is also part of the Special Events Programme at TIFF 2021, as reported by ET Canada. Spencer will then hit theatres on November 5.