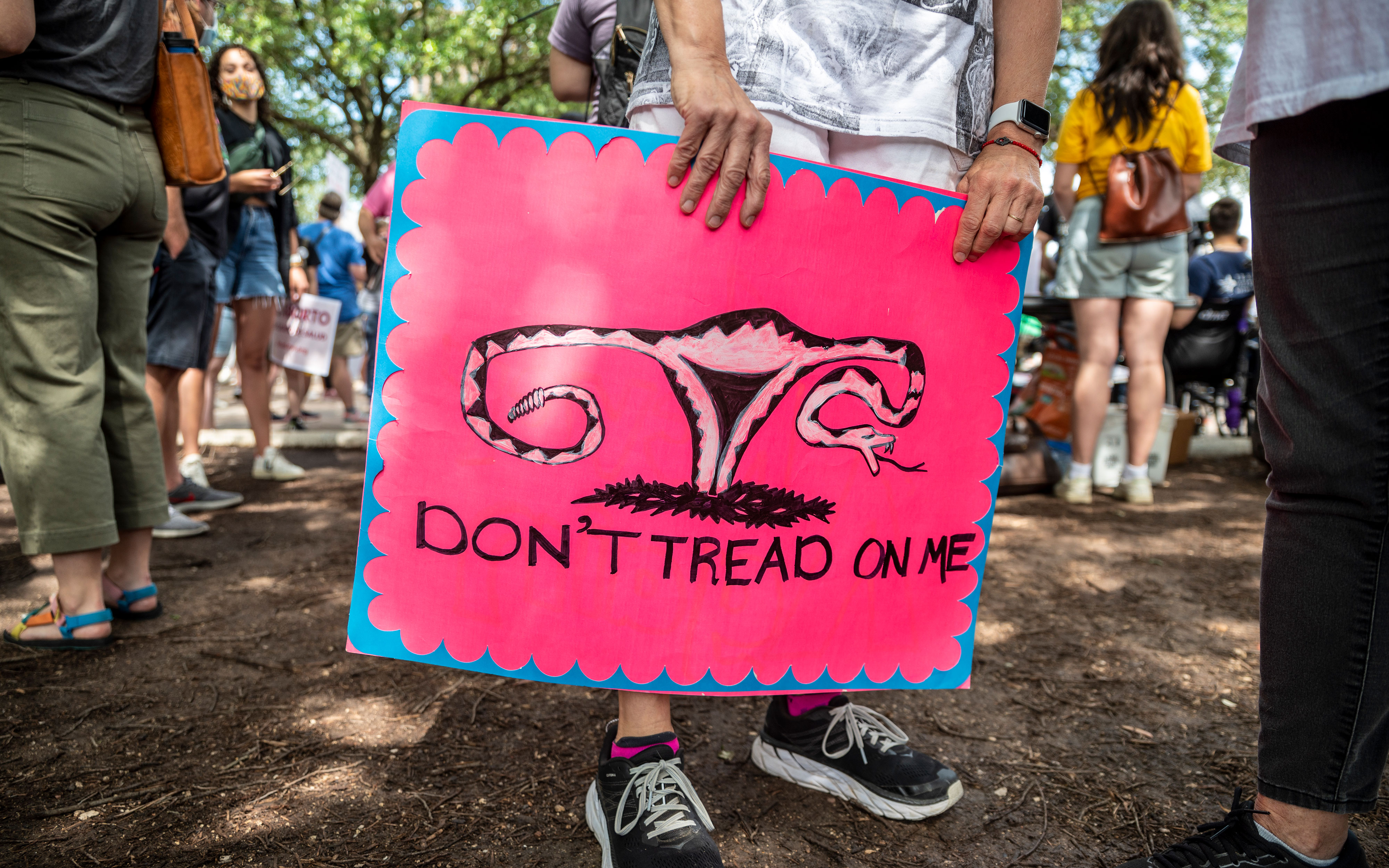 The law almost completely bans abortions in the state — reminding us of how women’s reproductive rights are constantly up for debate.

On September 1, the American state of Texas effectively banned abortions. The state enacted a new law, called Senate Bill 8, that prohibits abortions once a heartbeat is detected in a fetus. This can happen as early as six weeks — often before people even know that they are pregnant. According to Planned Parenthood, approximately 85 to 90 percent of people who obtain abortions in Texas are at least six weeks into pregnancy. Prior to this law, abortions in Texas were accessible for up to 20 weeks, so this is a drastic reduction in access. This decision, which makes no exceptions for cases of rape or incest, is the most restrictive abortion law in the United States. It serves as a jarring reminder of how reproductive rights are still not regarded as human rights, and its impacts are far-reaching.

Texas Senate Bill 8 is particularly cruel and unusual in that it will be enforced by private citizens, not government officials. It essentially rewards people for reporting those who they suspect have gotten abortions or performed abortions, allowing anyone — including someone living outside of Texas with no connection to the patient — to sue an abortion provider or anyone who helped someone get an abortion. If they are successful, they can be rewarded up to $10,000 (as well as legal fees) for every abortion they report. The person getting the abortion doesn’t face criminal penalties or direct government action (something a law typically enforces), it’s the provider or anyone who helps them obtain the abortion who will instead face a private lawsuit. Because of this, providers will likely be unwilling to risk the financial threat. The law stands in contrast to Roe v. Wade — the 1973 U.S. Supreme Court decision that protects a pregnant person’s freedom to choose to have an abortion without government restriction. It sidesteps the historic legislation, though, by having individuals enforce the law instead of state officials, says Britt Neron, health promotion officer at Action Canada, a pro-choice charitable organization that works to uphold sexual and reproductive rights.

“It creates a system, basically, where vigilante-type individuals could report people for accessing abortion care or anyone who helps them get that care,” Neron says. “There’s often a whole network of people required to help someone access abortion care — from abortion doulas to clinical staff, folks providing referrals, supportive friends and family, drivers, abortion funds.” This law attempts to ban the aforementioned network, thus creating immediate barriers for the person seeking the abortion, they add.

On September 1, the U.S. Supreme Court refused to block the law by a 5-4 vote, denying an emergency request by abortion and women’s health providers. One of the four dissenting judges, Liberal Justice Sonia Sotomayor, wrote of the decision, “The court’s order is stunning,” adding that “a majority of justices have opted to bury their heads in the sand.”

The effects of this law are already being seen, with abortion clinics turning away patients. All 11 abortion-providing Planned Parenthood clinics in the state of Texas have stopped scheduling abortions visits after six weeks of pregnancy, according to The 19th. And this decision will disproportionately impact those most marginalized. In the United States, unintended pregnancy rates are highest among people who are low-income, those aged 18-24, those cohabiting, and those who are racialized. Lack of access to abortion consequently grows the number of disenfranchised people, forcing people to have children despite unwanted pregnancies, thus making it harder for them to escape the cyclical nature of poverty.

The law won’t reduce the need for or even stop abortions, it will simply make them less safe, says Neron. “Whether or not you make abortion legal, or create legal barriers to it, the need for abortion remains fairly consistent,” they explain. As a result, people are either forced to carry out pregnancies that they don’t want, or they try to end the pregnancy on their own. “In many cases, people are resorting to unsafe means to try to procure an abortion for themselves. And that’s incredibly concerning since it can be fatal, it can be ineffective, [or] it can cause side effects. [With a] law such as this one, those are the likely outcomes.”

While Texas might feel far away, the decision will likely have a ripple effect on abortion and reproductive rights across the United States — and possibly beyond. Lawmakers in Florida are already considering similar legislation, with many expecting states including South Carolina, Arizona and Ohio to follow suit.

Abortion is legal in Canada, but access varies widely due to financial and geographical limitations. In New Brunswick, for instance, there is only one clinic that provides abortions, and it is not funded by Medicare. There are geographic barriers all throughout Atlantic Canada, notably in Newfoundland and Labrador, which only has one clinic in St. John’s. And Canada is not a united front when it comes to abortion viewpoints. Campaign Life Coalition — a large anti-abortion group — has previously backed Conservative politicians. Former Conservative party leader Andrew Scheer was known for his track record of voting for anti-abortion legislation, with him saying in 2017, “I have always voted in favour of pro-life legislation.” Though the Conservative’s current leader Erin O’Toole has stated he is pro-choice, the possibility of a politician coming into power and acting on anti-abortion sentiments is not far out of reach — and with the new Texas law, it feels even more plausible.

Despite a 2014 study finding that in Canada, one in three people who can become pregnant will have an abortion in their lifetime, the shame and stigma around needing to access the procedure remains, says Neron. “This stigma has real impacts on people who are trying to access that [abortion] care,” they say. “It contributes to less favourable outcomes if you’re feeling an incredible amount of guilt because of laws like this, that make you feel responsible for having to access this care, when we know there are all kinds of reasons why someone would need to access abortion care.”