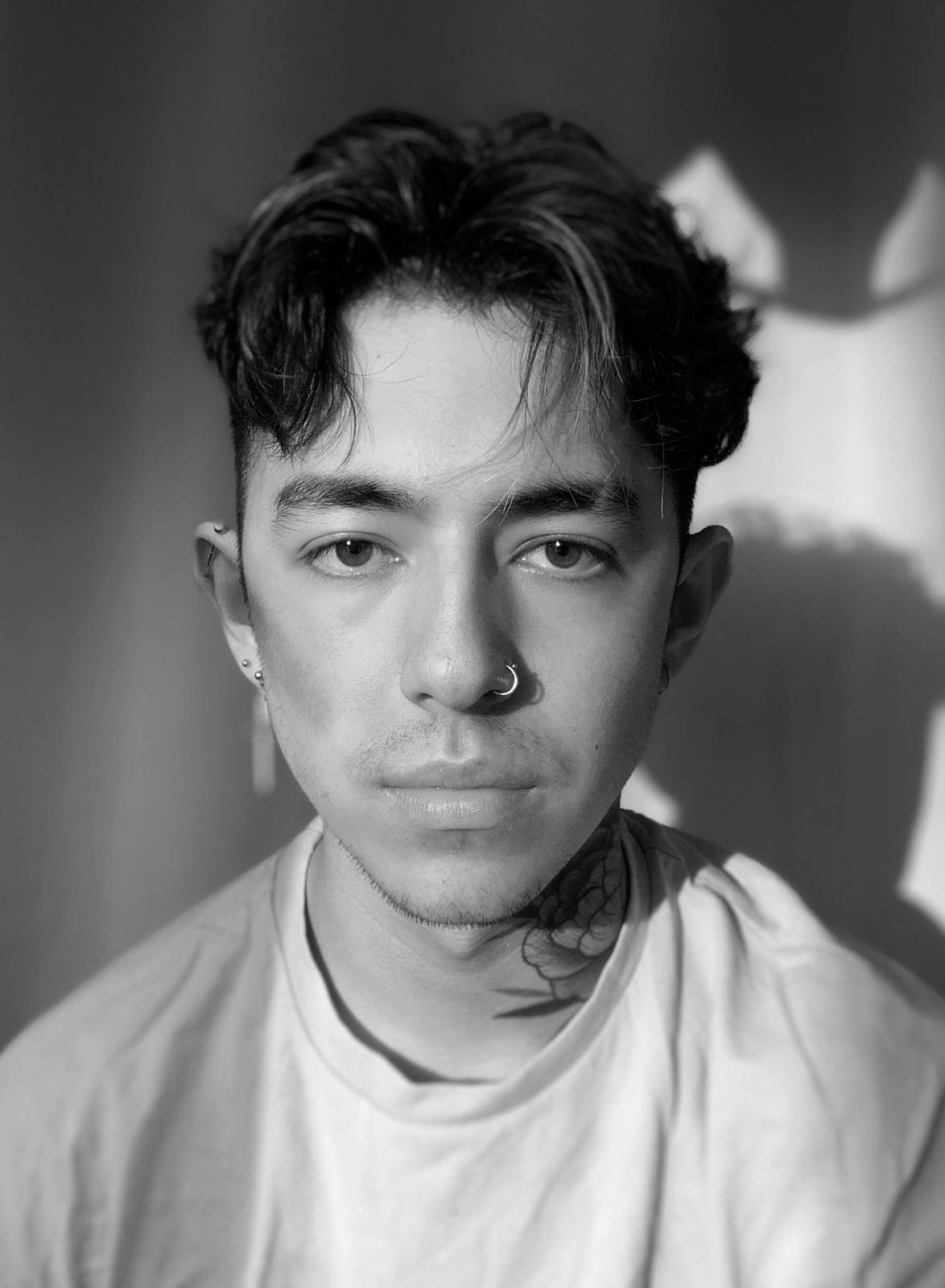 “Some clients don’t take you as seriously as they would those who have been in the industry for years — even if you can tattoo better than those artists.”

“The first tattoo I ever did was on myself, because my mentor was like, ‘I’m not letting you ruin someone else’s body; you can ruin your own,’” laughs Jamie Lo, a Dublin-based tattoo artist who’s known as @jammydodged on TikTok to his over 664,000 followers. Though he’s only 22 years old, Lo is certainly not ruining anyone’s body with his intricate artwork, which he describes as “mostly blackwork and neo-traditional.” But in typical Gen-Z fashion, he’s quick to point out that he tries not to put himself in any specific category. “I like experimenting,” he says. “If I do something for too long, I get bored and need a change.”

Lo already has four years of tattooing experience under his belt (two of those as an apprentice) — a rare and impressive feat for someone his age. “I’m definitely younger than most tattoo artists,” he says. “Some of the apprentices in my old shop were in their 30s and 40s.” Although being younger isn’t without its challenges. “Some clients, particularly older, heavily tattooed ones, don’t take you as seriously as they would those who have been in the industry for years — even if you can tattoo better than those artists.”

So for now, Lo has set his sights on connecting with a specific demographic of tattoo enthusiasts: his fellow Gen-Z ink lovers, who he knows can feel intimidated and overwhelmed by the tattoo world, which is often seen as an exclusive, hard-to-break-into club. Lo says that he wants to “remove the stigma around tattoo culture and the idea that all tattoo artists are bikers or in gangs.” Better yet, he’s on a mission to prove that not only can anyone get a tattoo but the experience can — and should — be warm and welcoming. He has turned to TikTok to demystify some of the tattooing process that ink-curious teens and those in their early 20s — particularly those who have previously felt excluded from the industry, like young women and people of colour — might be wondering about, such as parlour etiquette, trends and aftercare.

On TikTok, Lo is known for using humour to shed light on what goes on in his tattoo chair; he posts videos based on chaotic real-life experiences, like re-enactments of arguing couples requesting matching tattoos or overly involved parents attempting to micromanage their kids’ ink. But it’s not all laughs; he also uses his page to share heartbreaking instances of racism and homophobia that he has experienced in his short time as a tattoo artist. “I’m Asian and gay, so I’m a minority in the industry,” says Lo. Last year, at the beginning of the pandemic, he encountered a client who, upon learning that Lo is half-Chinese, said, “I no longer feel comfortable being tattooed by you, given the current climate.”

“Every now and then, I’ll get a homophobic client,” Lo says. “It becomes very uncomfortable; we just have to be silent for the rest of the appointment. I’ve even had people call me names while they’re sitting in my chair — that’s when I have to stop tattooing them.” And it’s not just clients. “Some of the artists here are pretty old school and can be homophobic,” says Lo. Another major issue, he says, is the lack of female representation in the tattoo industry: “It’s still very male-dominated. A lot of male tattoo artists don’t see female tattooers as equals. Personally, I think the female tattoo artists in Dublin are next-level. They’re way ahead of the game.”

Along with growing his TikTok account and speaking out against ageism, racism and homophobia in the industry, particularly in what he describes as Dublin’s massive but often conservative tattoo scene, Lo has used the past year of on-and-off lockdowns and time off work to play with his own personal style. “Quarantine has made me more experimental,” he says. “I’m wearing flashy outfits I wouldn’t normally wear — especially here in Dublin, where sweatshirts and track suits are the norm. And I’m getting into makeup.” His signature look at the moment is an impressive smoky eye with lots of black eyeliner. “My cousin is a makeup artist, so she’s been giving me tips,” he says.

As for adorning his body, Lo says he’s lost count of how many tattoos he has. “Ninety percent of my body is covered with flower tattoos, just because I really like flowers,” he says. He considers his hand tattoo (yes, also a blossom) to be his “turning point” piece of work. “Once I got this one, because it’s so large and visible, I was like, ‘OK, I’m really in this now. I’m dedicated.’”

So what message does Lo want to leave with his Gen-Z following? “Don’t overthink your tattoos,” he laughs. “None of mine have any meaning — they are there for aesthetic purposes. Life’s too short to be worrying about stuff like that, so just get the tattoo.” And if you can get it done by an up-and-coming talented artist who’s breaking down long-standing industry barriers, well, all the better.

MCM Teams Up With Singer Tate McRae + Other Fashion News
This Calming Supplement Eased My Tension Headaches Without Irritating My Gut
How Fashion Broke, and Then Repaired, My Relationship with Lunar New Year
Where Are All the Plus-Size Male Models?
Is Schiaparelli Glorifying Trophy Hunting or Making Art?