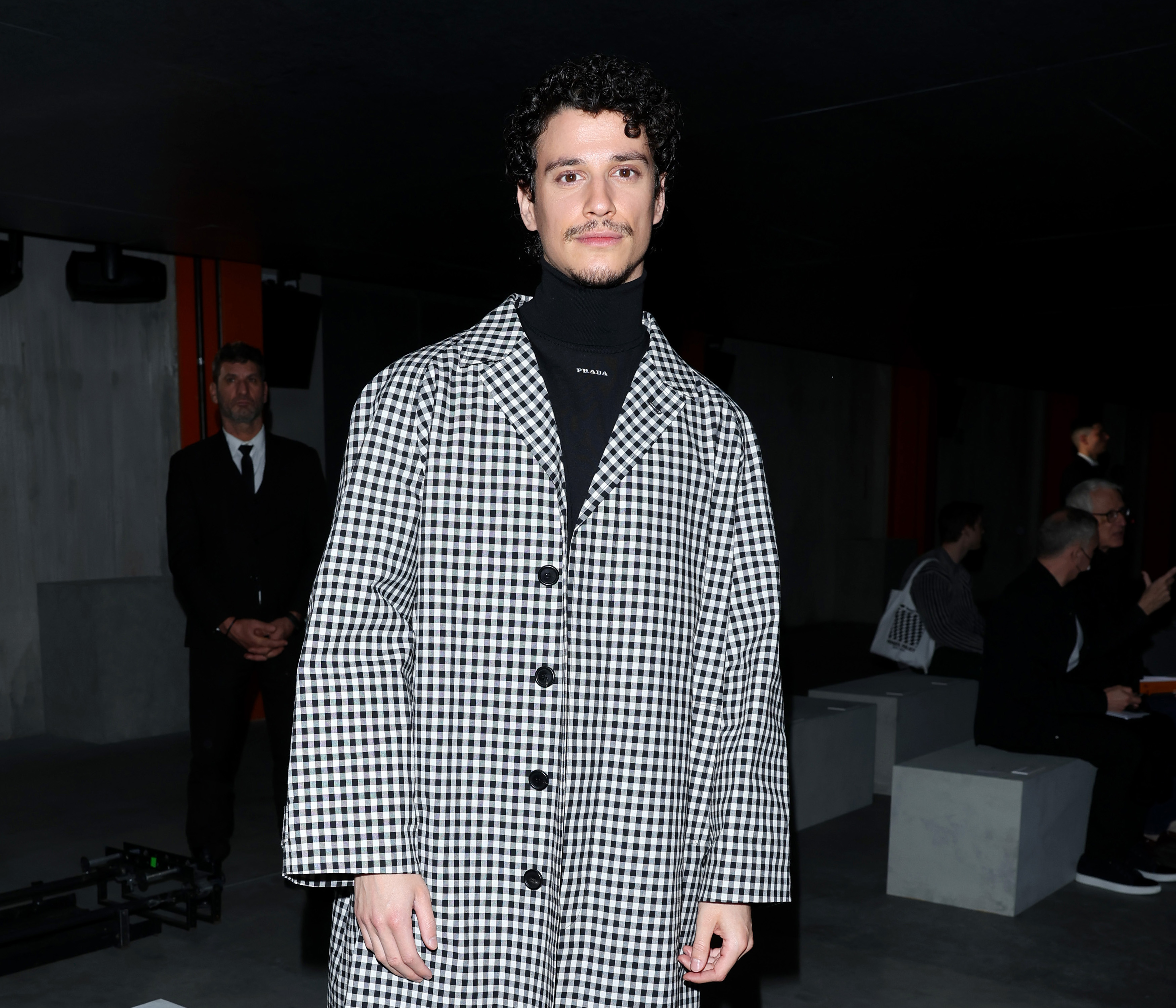 With cast members attending fashion week and modelling in major campaigns, the pipeline from the fictional resort to fashion’s front row is clear.

At the risk of sounding dramatic: being a fan of The White Lotus is kind of like having a full-time job. Thanks to the storyline-driven scenery, skillful sartorial hints and hypnotic background music, Mike White’s dark dramedy sweeps its viewers away in an all-encompassing murder mystery. As expected, season 2 took the world on a tense journey to the fictional titular resort in Taormina, Sicily. And while things may have ended poorly for most of the characters in the season finale, the actors who played them are now well on their way to becoming fixtures of the fashion industry. The latest indication? Breakout White Lotus cast members Simona Tabasco and Beatrice Grannò, who have been tapped by Skims to appear in their latest campaign.

With a clip of the actors exchanging suspicious-looking whispers and photos of them hugging in rose-coloured underwear, the campaign plays on the conniving essence of their on-screen best friendship. Inexplicably, it’s genius. There’s something about seeing an ad with Lucia and Mia — two certified #girlboss hustlers — that makes me want to scream “take my money!” Can you blame me?

From ongoing debates about character motives to real-life theories regarding off-screen romances, it’s only natural that the cultural lore surrounding this show has carried over to the actors. And so, with fashion weeks underway, designers have rightly made it their mission to populate the front rows with The White Lotus season 2 stars.

First, we had the Fall 2023 menswear presentations. Sabrina Impacciatore, who plays the blunt hotel manager (and queer icon) Valentina, was spotted at JW Anderson’s Milan show on January 15. Sporting wet hair as if she just went for a swim and a body suit adorned in tropical sunset photography, the ensemble could have been plucked from the show’s luxury vacation setting.

Also at the JW Anderson show was Tabasco, who donned a sparkly frock from the collection (below). Days later, she was spotted in Paris at Ami’s presentation. Most recently, on January 23, she graced the front row of couture week wearing an orange gauzy number to the Giambattista Valli show. Lucia would be proud.

And then there were the male celeb cameos. Theo James, who plays the cringe-inducing finance bro Cameron, attended the Armani presentation alongside his wife in Milan, days after walking the red carpet with his on-screen spouse Meghann Fahy (who plays Daphne) at the AFI Awards Luncheon in Beverly Hills. Will Sharpe, who portrays Ethan, the emotionally unavailable husband to Aubrey Plaza’s Harper, looked like a fashion show veteran as he sat front row at Armani and Loewe.

But arguably the real star of the menswear seating charts was Canadian actor Adam DiMarco, who plays the well-intentioned yet totally gullible Stanford grad Albie (a.k.a the aforementioned clueless tourist). To commemorate his first time at fashion week, the 32-year-old actor went big: he grew a mustache; he wore head-to-toe designer for Prada’s Milan presentation; he shaved said mustache; he graced the front row of Dior’s Paris show; and he topped it all off with an exclusive feature in Vogue.

Needless to say, the pipeline from potentially murderous character to budding real-life style symbol is clear. After all, these questionable characters make The White Lotus the twisted delight that it is. With no defined main storyline, each conflicting personality is equally watchable due to the looming possibility that any one of them could either get murdered or commit murder themselves. Ultimately, this signature plot point adds a layer of complexity to even the most unlikeable characters (I’m looking at you, husbands). Perhaps this is why the world has a growing appetite to see them off-screen, too.

Plaza (who was dressed by Louis Vuitton at the Critics Choice Awards, nbd) just went viral after hosting Saturday Night Live. Jennifer Coolidge, who plays the clueless heiress Tanya, has been a trending topic thanks to her newly acquired Emmy, Golden Globe and Critics Choice awards. Haley Lu Richardson, who plays Tanya’s troubled assistant Portia, has become an emblem of subversive Gen Z style. So, yes. The White Lotus season 2 may have ended, but if recent outings are any indication, its stars are only rising in pop culture ubiquity.

As couture week continues in Paris, we can surely expect more White Lotus cameos. Will we see Audrey Plaza covered head-to-toe in crystals? Will Jennifer Coolidge emerge in a lion dress of her own? Only time will tell.