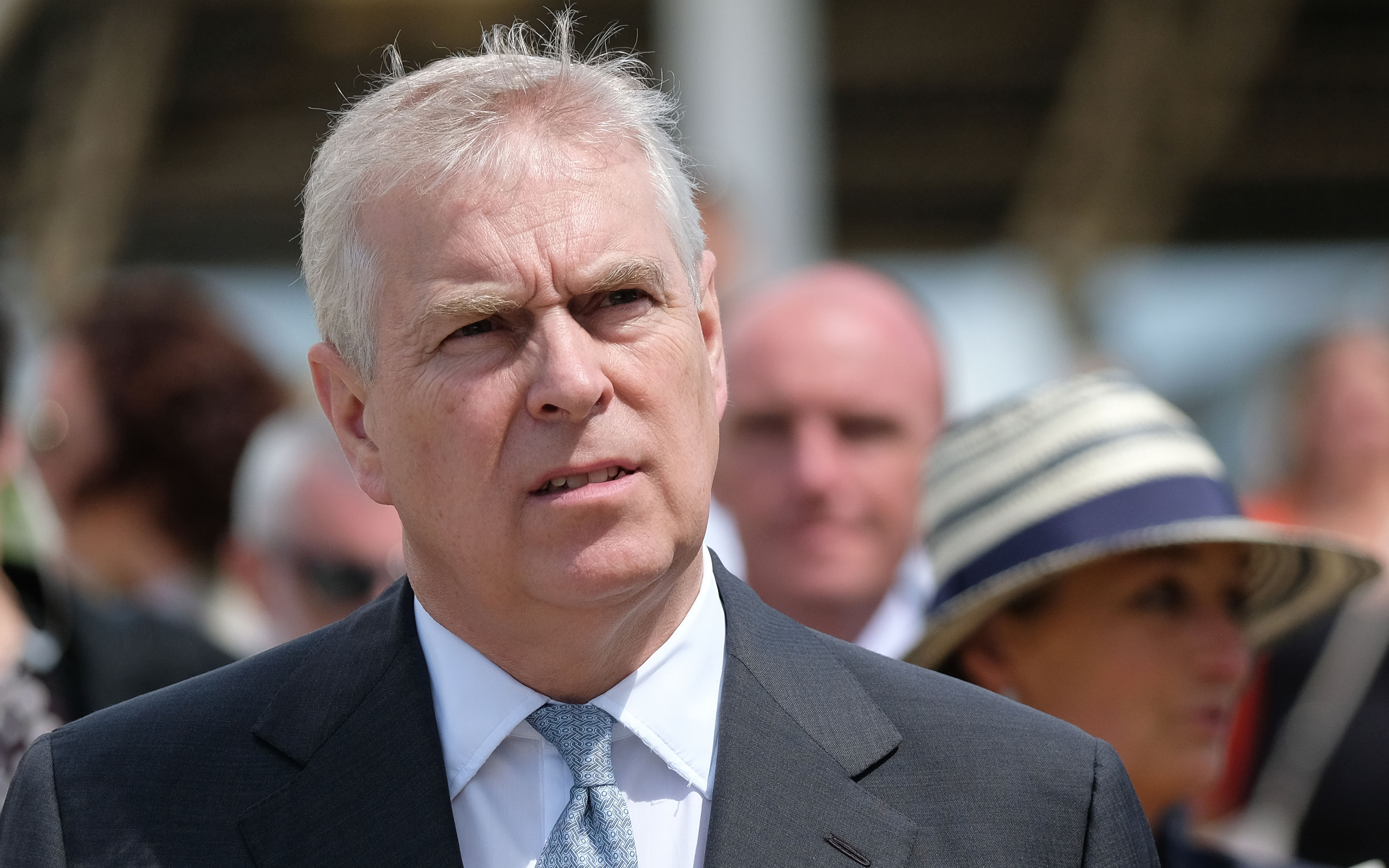 The Duke of York is being sued by Virginia Roberts Giuffre, the Jeffrey Epstein and Ghislaine Maxwell accuser who alleges the royal sexually abused her when she was a minor.

On August 9, Virginia Roberts Giuffre filed a lawsuit against Prince Andrew, accusing him of sexually abusing her when she was just 17 years old, as reported by the New York Times. Giuffre, now 38, is a longtime accuser of Jeffrey Epstein, the accused sex offender who maintained a friendship with Prince Andrew for 20 years. Epstein died by suicide in jail while awaiting trial on sex trafficking charges two years ago, and many high-profile members of his inner circle, including Prince Andrew, have since been suspected of taking part in the sexual abuse of minors.

The Manhattan-filed court documents allege that Queen Elizabeth II’s second-born son abused Giuffre on three occasions about 20 years ago. They allege he forced her to have sex with him at the London home of Ghislaine Maxwell, a British socialite and Epstein associate who has been charged with recruiting and grooming victims for Epstein to abuse. Further, Giuffre’s lawsuit alleges that Prince Andrew abused her at Epstein’s mansion in New York City and on Epstein’s private island in the U.S. Virgin Islands.

“Prince Andrew committed sexual assault and battery upon Plaintiff when she was 17 years old,” the lawsuit states, as per CNN. “As such, Prince Andrew is responsible for battery and intentional infliction of emotional distress pursuant to New York common law. The damage to Plaintiff has been severe and lasting.”

This is not the first time Giuffre has made these accusations against Prince Andrew. In 2019, she told the BBC that she was trafficked by Epstein and forced to have sex with the Duke of York when she was underage. Buckingham Palace swiftly came to Prince Andrew’s defence and denied her allegations completely, issuing a statement to CNN that said, “It is emphatically denied that The Duke of York had any form of sexual contact or relationship with Virginia Roberts. Any claim to the contrary is false and without foundation.”

Prince Andrew also responded to the allegations at the time, via a now-infamous BBC interview, which he surely must regret in hindsight. During the interview — which proved that acting doesn’t come naturally to everyone — the royal “categorically” denied all claims of sexual abuse. He also tried really hard to convince us that he and Epstein were never that good of friends.

The royal denied claims made by Giuffre that she vividly remembers him sweating profusely while the two of them danced at a London nightclub. This is not possible, according to Prince Andrew, because a injury caused him to have a peculiar unnamed medical condition that prevents him from sweating altogether. In response to a literal photo of them together, which shows him holding her around the waist while Maxwell smiles in the background, he said he didn’t recollect the photo being taken and that it could have been doctored.

The 2019 interview was a self-inflicted disaster and ultimately led Prince Andrew to step down from royal duties and public life with no plans to return. But since then, the media has been largely silent about the royal, despite the severity of the accusations against him. The silence surrounding Prince Andrew is even more frustrating when put in contrast to the ongoing media scrutiny of another royal, Meghan Markle, who has been the subject of racist remarks and bullying — leading her to have suicidal thoughts during her time at the palace.

Buckingham Palace and Prince Andrew quickly brushed off Giuffre’s sexual assault allegations in 2019 — and this very type of denial is a reason psychologists say victims often don’t come forward. When speaking out against powerful people and institutions, victims are particularly at risk of enduring gaslighting and public scrutiny. The lawsuit changes things by formalizing the accusations and putting public and legal pressure on the royal to acknowledge them in a more fulsome way. Plus, Buckingham Palace isn’t rushing to his defence this time. Palace officials have declined to comment on the lawsuit, saying that this is a matter for Prince Andrew’s legal team, according to CBC’s Dominic Valitis.

David Boies, a lawyer for Giuffre, said that since Prince Andrew is outside of the court’s jurisdiction, the papers would have to be served to him within the United Kingdom. If he is difficult to locate, the court could order that the papers be sent to one of his representatives.

Court documents highlight the alleged control that Epstein, Maxwell and Prince Andrew had over Giuffre, with the accuser saying she feared to disobey them because of their “powerful connections, wealth, and authority.” Two years after his death, a fund set up to compensate victims of Epstein has awarded almost $125 million to about 150 individuals. Maxwell is awaiting her trial in November of this year. While it’s likely Prince Andrew believed his royal status would absolve him of ever having to face these allegations, all these years later, some form of justice just might be served.

“I am holding Prince Andrew accountable for what he did to me,” said Giuffre, via her lawyers, in a statement to ABC News. “The powerful and the rich are not exempt from being held responsible for their actions. I hope that other victims will see that it is possible not to live in silence and fear, but one can reclaim her life by speaking out and demanding justice.”

Paul Rudd’s Wellness Regimen Was Specifically Crafted With His Marvel Shirtless Scenes in Mind
I’m Sorry, But the Peplum Is Back
How to Tell When You’re Actually Ovulating
This 30-Minute Floor Workout Is Perfect For Beginners
Should We Really Expect Honesty from Beauty Influencers?