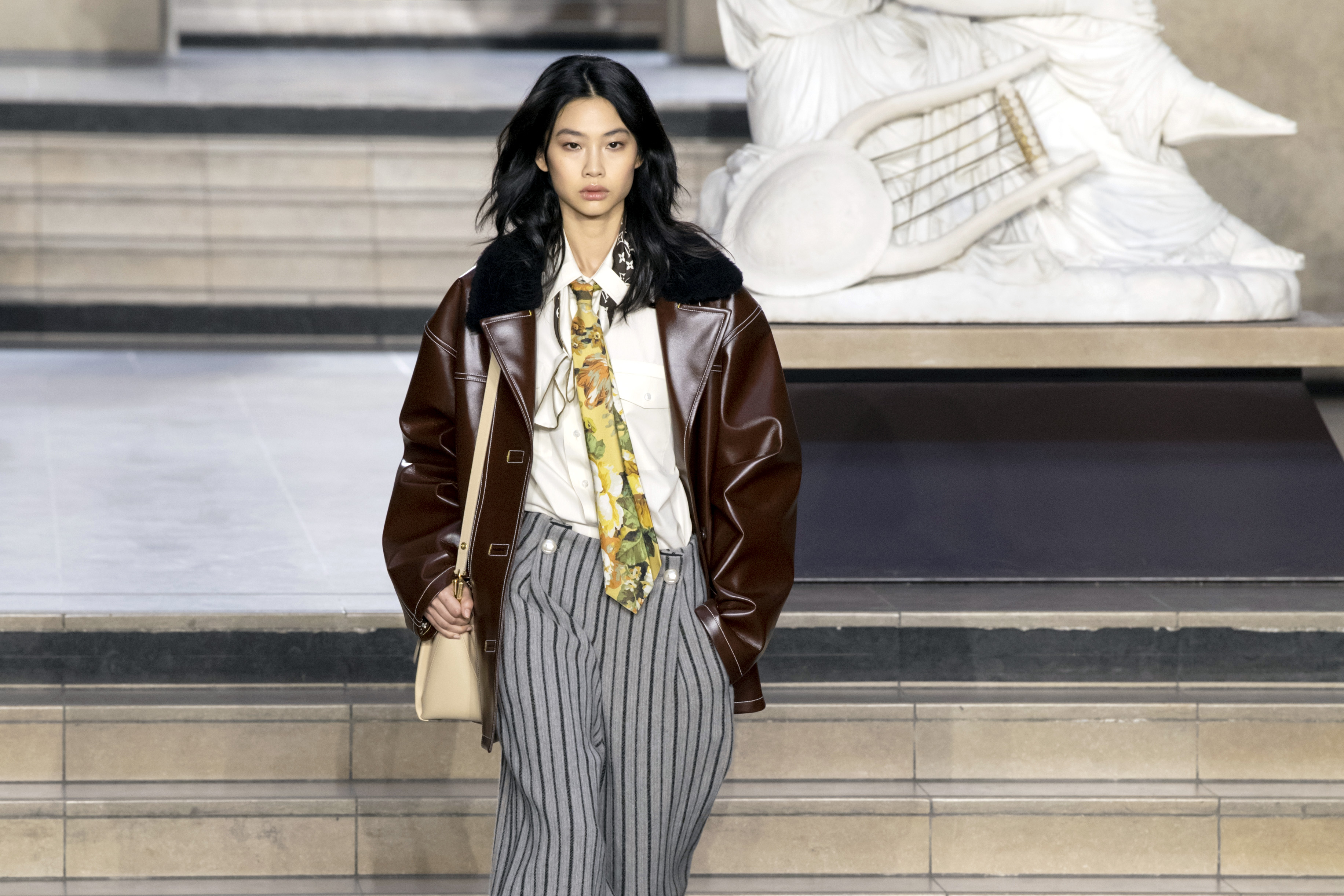 There’s a reason preppy fashion is considered “timeless.” With collared button-ups, cable-knit sweaters and white tennis skirts, quintessential campus ensembles garner a sense of nostalgia and crisp put-together-ness. But sentimentality aside, the polished aesthetic has long been rooted in exclusion. And as back-to-school season begins, scholarly styles are getting a much-needed makeover.

The subversive schoolgoer has become a defining trend on the 2022 runways. Louis Vuitton put an androgynous take on the classic suit and tie by erring towards slouchy silhouettes, while Miu Miu presented a skimpy version of the traditional pleated skirt with its micro-mini. For its resort 2023 collection, Coach goth-ified the schoolgirl image by adding dark elements like thick chokers, leather accents and bold lipstick. We must say, prep’s new look is long overdue.

The conservative aesthetic in mainstream media—comprising vests, pearls and knee-high socks—has traditionally been sported by the white privileged and prestigious academic circles. These so-called preppy characters like Pretty Little Liars’s Spencer Hastings, Gossip Girl’s Blair Waldorf and Clueless’s Cher Horowitz each had personal styles that coincided with their high-ranking social statuses. And in the 2000s and early 2010s, this “old money” aesthetic was a source of mainstream fashion aspiration.

Back then, all-American preppy labels like Abercrombie & Fitch and Ralph Lauren reigned supreme as sartorial status symbols that only a select few could afford. But with the dawn of a new decade, these rules are being rewritten.

Aside from dominating the runways, edgy academia has become a staple in recent statement-making celebrity-style moments. Dua Lipa opted for a skin-bearing tweed set on a night out. Bella Hadid put a punky spin on a varsity jacket and stockings. Cynthia Erivo paired a shirt and tie with leather pants for a Vogue cover shoot. Notice a theme? Straight-laced preppy style is practically begging for a rebrand—it has been for awhile.

Full disclosure: putting a spunky spin on classic campus attire isn’t necessarily new—designers have been doing it for years. But the pandemic sparked a unique urge to dress defiantly and push back on established systems. As a result, the culture of prestigious institutions is being called into question, from exclusionary university enrollment practices to stuffy elementary school dress codes. Today, democratized collegiate wear is more relevant than ever.

Thanks to rebellious styling that satirizes the school girl oeuvre, new age prep is DIY-friendly. Secondhand shopping platform Poshmark reported a spike in searches for collegiate wear. And on TikTok, “thrift shopping preppy” has over 200 million views. With individualized styling, the new faces of academia-inspired fashion don’t adhere to its outdated rules. And why should they?

For so long, “aspirational” Ivy League marketing imagery has been monopolized by white students. But as a new generation questions the existing prestige politics of academia, fashion is revisiting its exclusionary history, too. Re-enter Ralph Lauren.

In March, the brand honoured Black academics with a retro photoshoot of campus-inspired apparel at historically Black colleges and universities. As the label’s first campaign featuring exclusively Black talent, the shoot signals a necessary shift in scholastic Americana iconography.

From unusual designs to increased representation, the conventional preppy aesthetic—with its connotations of power and exclusivity—is being definitively disrupted.

By doing away with its buttoned-up associations, reimagined collegiate wear turns a traditionally cookie-cutter look into a maximalist styling opportunity. But beyond that, the trend calls attention to academia’s exclusionary roots. Consider us well-schooled.