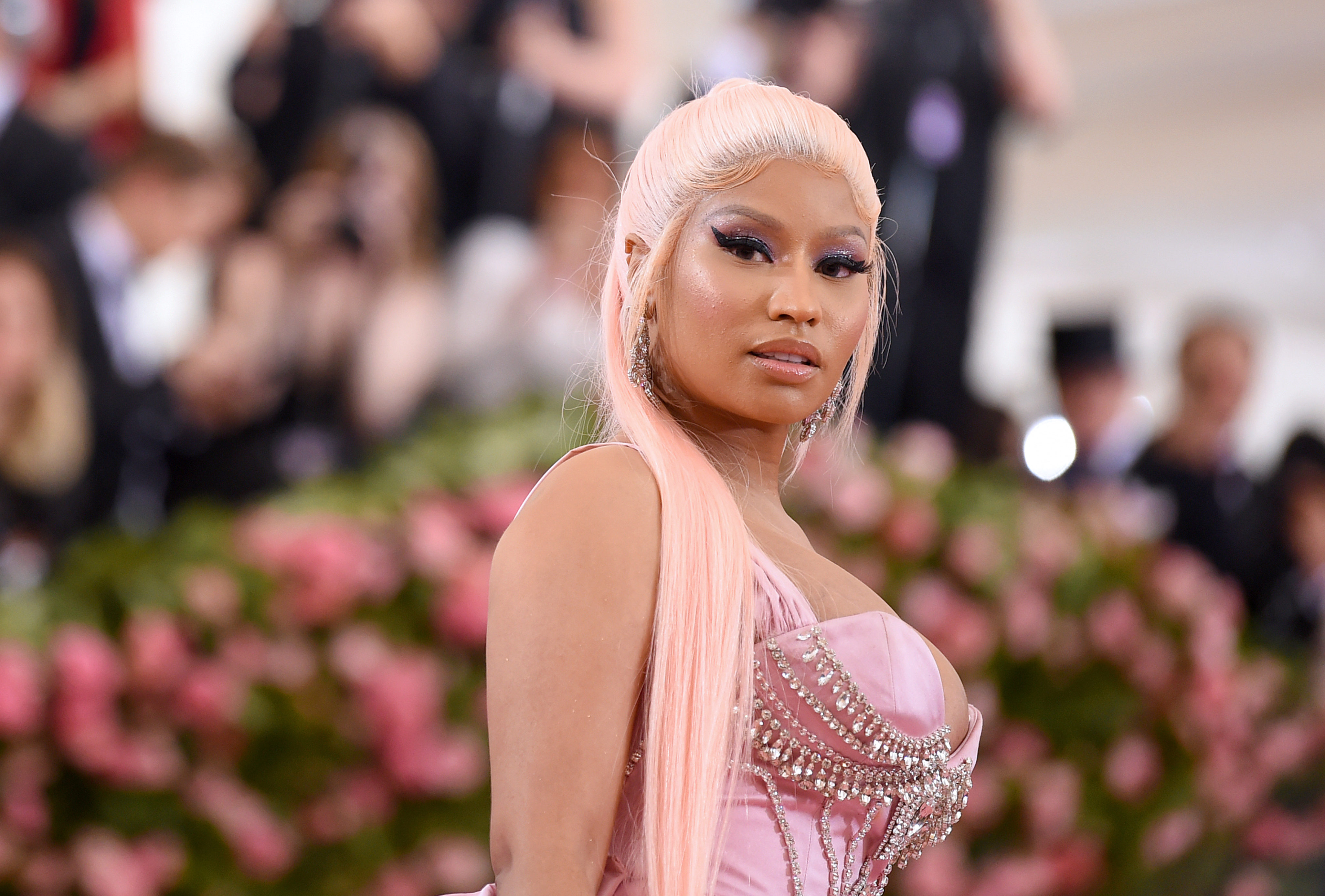 Nicki Minaj has made a slew of misinformed vaccine-related tweets, leading the U.S. White House to reach out to her about vaccine safety.

Nothing gets the internet talking quite like inflated testicles. That’s the latest falsely claimed Covid-19 vaccine side effect that has been gaining widespread attention, thanks to pop culture titan Nicki Minaj. We didn’t want to engage in this objectively messy topic, but the situation has resulted in international furor — multiple global health experts and even the U.S. White House have gotten involved — so we feel we have to. It’s important to debunk false information, especially when it’s coming from someone like Minaj, who has substantial social media platforms (22.7 million Twitter followers, to be exact). After tweeting false information about the Covid-19 vaccine earlier this week and angering a long list of health officials, Nicki Minaj was contacted by the U.S. White House, who offered to put her in touch with a doctor to discuss vaccine safety. Here’s everything you need to know about the Nicki Minaj vaccine tweets that led to this strange turn of events:

It all started on September 13, or Met Gala Monday, when the rapper responded to fans who noted her lack of public appearances over the past year. Minaj reminded her followers that she has been caring for her baby ​​— who was born in September 2020 — and was, therefore, “not risking his health to be seen.” Perfectly understandable. Commendable, even! But she didn’t stop there, sadly. Nicki Minaj went on to say that she wouldn’t be at the Met Gala (which she has attended in previous years) because she didn’t meet the event’s vaccine mandate. “If I get vaccinated it won’t [be] for the Met,” she wrote. “It’ll be once I feel I’ve done enough research. I’m working on that now.”

It only gets worse. Minaj, who was born in Trinidad, went on to say that her cousin in Trinidad refuses to get a vaccine because of some serious genital health issues his friend experienced after getting it. Specifically, she said her cousin’s friend “became impotent” and “his testicles became swollen” after getting the jab. She added that “his friend was weeks away from getting married, [but] now the girl called off the wedding,” — and to that, we say: what kind of person backs out of a marriage because their partner is suffering genital inflation?! Moving on. The anecdote unsurprisingly sparked a social media frenzy.

The attention surrounding vaccine-induced testicle swelling prompted prominent health officials to chime in. England’s chief medical officer, Chris Whitty, rejected the claims, saying they are untrue and that Minaj “should be ashamed” for spreading this misinformation. Terrence Deyalsingh, Minister of Health for Trinidad and Tobago — the country where her cousin’s friend allegedly had his unfortunate health concern — also dispelled Minaj’s claims at a press conference on September 15. “One of the reasons we could not respond yesterday, in real-time, to Miss Minaj, is that we have to check and make sure that what she was claiming was either true or false,” he explained. Deyalsingh said he and his team “wasted so much time” trying to run down this false claim, but confirmed that “there is absolutely no reported such side effect or adverse event of testicular swelling in Trinidad.” The incident even caught the attention of notable U.S. doctors Sanjay Gupta and Anthony Fauci, who both assured the public that inflated testicles are in fact not a side effect of the Covid vaccine. So, there you have it: perhaps the most widespread Met Gala-related controversy to date.

Minaj’s controversial statements led to further speculations about whether other celebs who were absent from the Met Gala are also unvaccinated. This prompted model Bella Hadid — who skipped fashion’s biggest night — to assure fans she’s inoculated by sharing a picture of her getting the vaccine.

The situation is a lesson in the responsibility that public figures like Minaj have to not spread misinformation, and how comments like hers can derail vaccine progress. These types of conspiracy theories are what fuel the anti-vaccine demonstrations we’re currently seeing in Canada, with extremists protesting vaccine mandates outside of hospitals and disrupting the healthcare workers who have put their lives on the line throughout this pandemic.

Minaj tweeted that she was “invited” by the White House, implying that she would be making an in-person visit. But White House representatives have said that they offered her just a phone call. Regardless, Minaj seems keen to meet with U.S. decision-makers, tweeting, “I’ll be dressed in all pink like Legally Blonde so they know I mean business. I’ll ask questions on behalf of the [people] who have been made fun of for simply being human.” Hopefully, something constructive can come from these controversial past few days. Perhaps this debacle will even result in Nicki Minaj being a leading voice in reducing Covid vaccine skepticism. One can dream.

This Calming Supplement Eased My Tension Headaches Without Irritating My Gut
Neutral Workout Outfits to Start Your Year Off Right — and On-Trend
Inkbox Breaks Into Beauty With Nail Art + More Beauty News
The Icon-ification of Anna Delvey
Kristin Chenoweth Celebrates the Joys of Authentic Healing in “I’m No Philosopher, But I Got Thoughts”