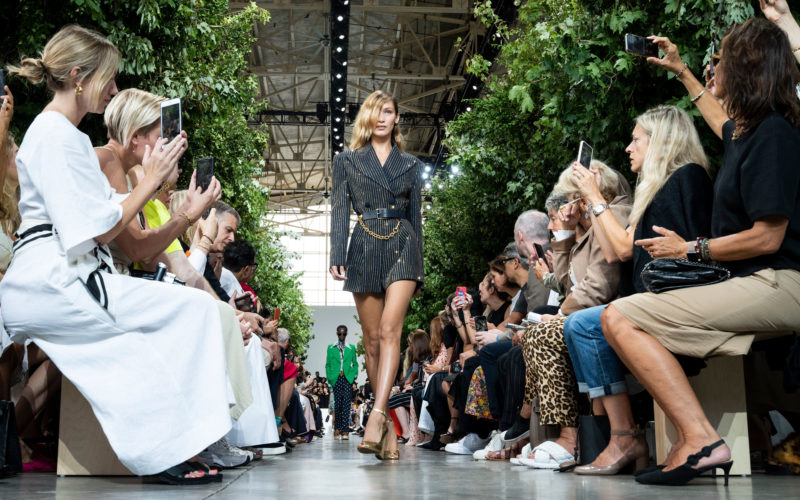 Here’s how Canada’s plans for vaccine passports compare to NYC’s announcement that proof of vaccination will soon be required in order to enter gyms, restaurants, movie theatres and other indoor spaces (including NYFW).

The one accessory guests can’t forget to stuff in their Bottega Veneta handbags at this fall’s New York Fashion Week is their vaccine card.

The Council of Fashion Designers of America (CFDA) is working with IMG this year to organize the live shows for the highly anticipated return to in-person NYFW. On August 2, IMG announced that all those in attendance must present proof of being fully vaccinated, as first reported by WWD.

Designers are responsible for enforcing the rule, which applies to staff, models, photographers, makeup artists, and anyone who will be present at the shows. Attendees who are under the age of 16 will be exempt from providing vaccine proof but will be required to show a negative COVID-19 test upon arrival. The rules will be strictly enforced, IMG said, and those who don’t comply will be denied entry.

Mask requirements and other COVID-related rules for NYFW will be determined in the coming weeks and outlined in a full health and safety plan to be released by the CFDA and IMG.

The news comes just after the announcement that New York City will require people to show proof of vaccination in order to enter gyms, restaurants, movie theatres and other indoor spaces. The rule will reportedly be phased in over several weeks in August and September and was established as part of a push to get vaccine rates up as the Delta variant leads to more infections across the U.S., and here in Canada.

In a statement released on August 3, the CFDA encouraged “the broader industry to follow suit” with vaccine-proof requirements like the ones they’re enforcing at NYFW. “It is imperative to place the safety of guests and those working events in the highest priority,” the statement read. NYFW is scheduled to begin September 8 and run through September 12, followed by an in-person (*gasps*) Met Gala on the evening of September 13.

Do This Simple Arm Warmup Before Any Upper-Body Workout
We’re in the Age of Experimental Eyebrows
Taylor Lautner and His Wife Open Up About the Mental Toll of Being Targeted by Paparazzi
This One Technique Is Key to Getting Stronger, Trainers Say
Jordan Chiles’s New ’90s Hip-Hop Floor Routine Is an Absolute Party