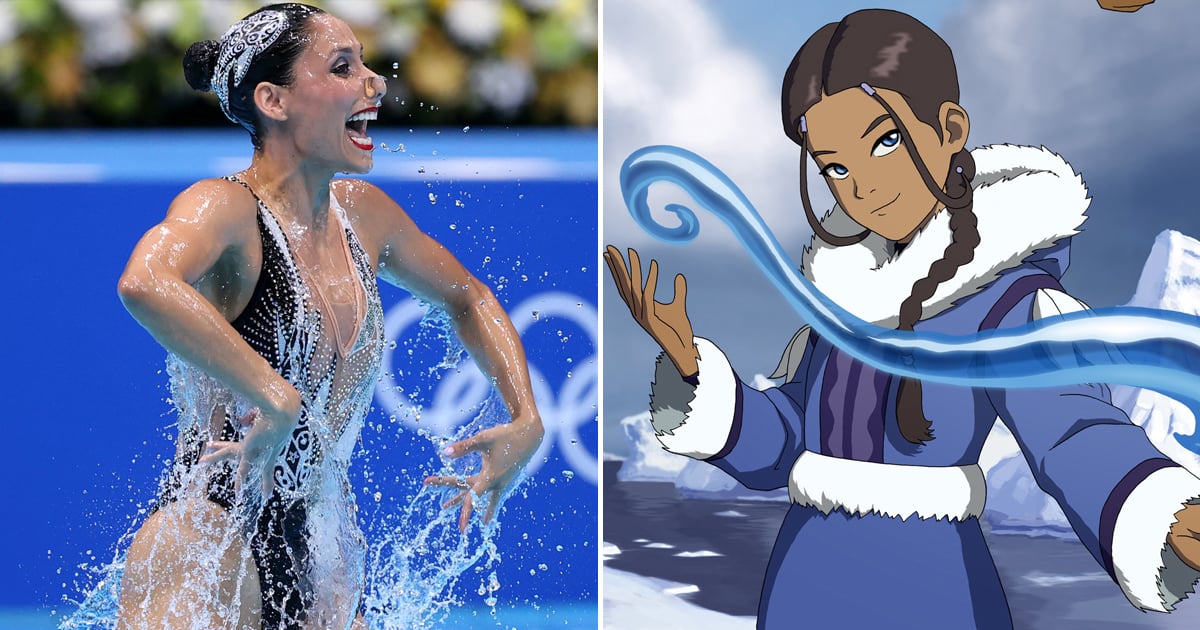 Olympic gymnasts aren’t the only ones with a dazzling sense of style. On Aug. 2, day 10 of the Olympic Games, Mexican synchronized swimming duo Nuria Diosdado and Joana Jiménez García pulled out all the stops with their embellished leotards, which included a subtle but heartfelt nod to one of our favorite early 2000s TV shows: Avatar: The Last Airbender.

The black and white sheer outfits, designed by Mexican brand Gilling Activewear, each featured the koi fish Tui and La, known respectively as the moon spirit and fish spirit in the Nickelodeon show. In the season one finale of the cartoon, it’s revealed that Tui and La, like the ancient Chinese philosophy of yin and yang, maintain balance on earth with their “eternal dance of push and pull.” Just like the koi fish, the duo demonstrated an elegant harmony with their mesmerizing underwater routine, making their outfits fun and fitting for the competition.

As if their looks weren’t gorgeous enough, the back of Diosdado and Jiménez García’s outfits show the four elements — water, earth, fire, and air — stylized as they are in the TV show and covered in rhinestones. Short of actually making water float around the room, we’re convinced this is proof that they’re both secretly waterbenders. So, yeah, we think Aang and the “gaang” would be highly impressed. See if you can spot the Avatar: The Last Airbender refrences from all angles ahead.

MCM Teams Up With Singer Tate McRae + Other Fashion News
FDA Proposes a Plan For an Annual COVID Shot — What to Know
I Tried Wearing Tights As Pants
Michael B. Jordan Proves He Still Has His Boxing Skills in Dramatic “SNL” Promo
Jennifer Garner’s Box-Jump Workout Is Not For the Faint of Heart