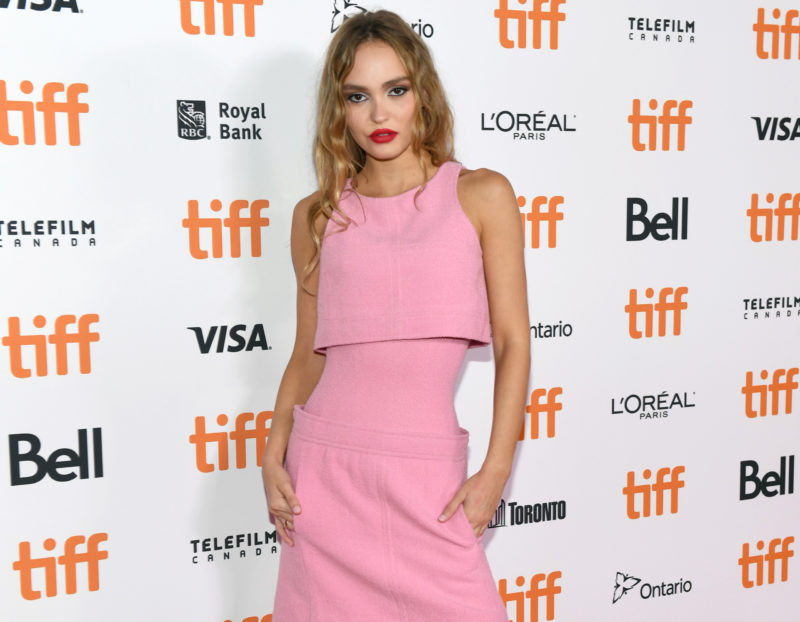 Depp talks fashion, motherhood and her role as Sophie in the doomsday film “Silent Night.”

Lily-Rose Depp practically shrieks with laughter when asked if the pink Chanel fabric that hugs her waist is stretchy. “No, it’s not stretchy!” she responds between poses for a photographer after the world premiere of Silent Night at the Toronto International Film Festival (TIFF). “It’s a corset.” It’s only when she turns around that we see the delicate lacing that crisscrosses up her back, giving the impression that the dress has been moulded to her middle. Which it pretty much has. As a Chanel ambassador, the couture atelier in Paris would have a dress form of Depp’s torso on which they create her red carpet looks.

Depp’s wardrobe in the film isn’t nearly as fancy. She plays Sophie, the youngish girlfriend among a close circle of school friends who reunite for Christmas in the English countryside. It’s everyone’s last Christmas, actually. Silent Night, which is written and directed by Camille Griffin, starts off as a rather typical holiday tale. But things get dark quickly and in the end, (almost) everyone dies. The spoiler is intentional, so that viewers who might be triggered know what they are getting themselves into. But for a doomsday story, it’s surprisingly funny. Though Depp’s character delivers some of the more doleful moments.

Motherhood in the spotlight at TIFF

“Sophie broke my heart in a lot of ways,” Depp says. “She’s a mother-to-be and feeling all these maternal instincts of wanting to protect her baby. But life is being taken away from them in real time. And we see her not be able to fulfill that primal desire.”

Griffin’s own three sons also star in Silent Night, including Roman Griffin Davis, best known as JoJo Rabbit in the film of the same name. And we can’t help but feel that Griffin wove her own emotions as a mum into much of the script.

Would it be a different film if it had been written by a man?

“Absolutely,” Depp says. “Motherhood is an important part of the story. And even more so for Camille because her own three children were in the movie. And the concept came from her kids watching some catastrophe movie and asking her, ‘What would happen if this really happened to us?’”

Motherhood was also top of mind for Keira Knightly, who plays the hostess of the Christmas gathering.“Keira first read the script when she was pregnant and then had a little baby when we were making the movie. So I’m sure that informed a lot of her decisions.” Depp adds that she would like to be a mother herself someday.

The female point of view is precisely the reason why Chanel has created a new Women Writers’ Network in partnership with TIFF. The multi-year program will provide funding to help advance the careers of women and non-binary writers. The network includes access to script consultants and established screenwriters, peer-to-peer sessions with emerging filmmakers, and a talent summit that allows writers to showcase their work to producers and other industry insiders.

Is that the sort of thing Depp sees herself doing down the road? “I’m a big journaler, but professionally not at this moment,” she says. “But never say never.”

Louis Vuitton’s New Watch Is Out of This World + More Fashion News
All Your Day Needs Is This 10-Minute Latin-Inspired Dance Workout
Should We Really Expect Honesty from Beauty Influencers?
Now’s the Best Time to Buy Yourself Diamonds
Lipgloss Nails Were Made for Minimalists