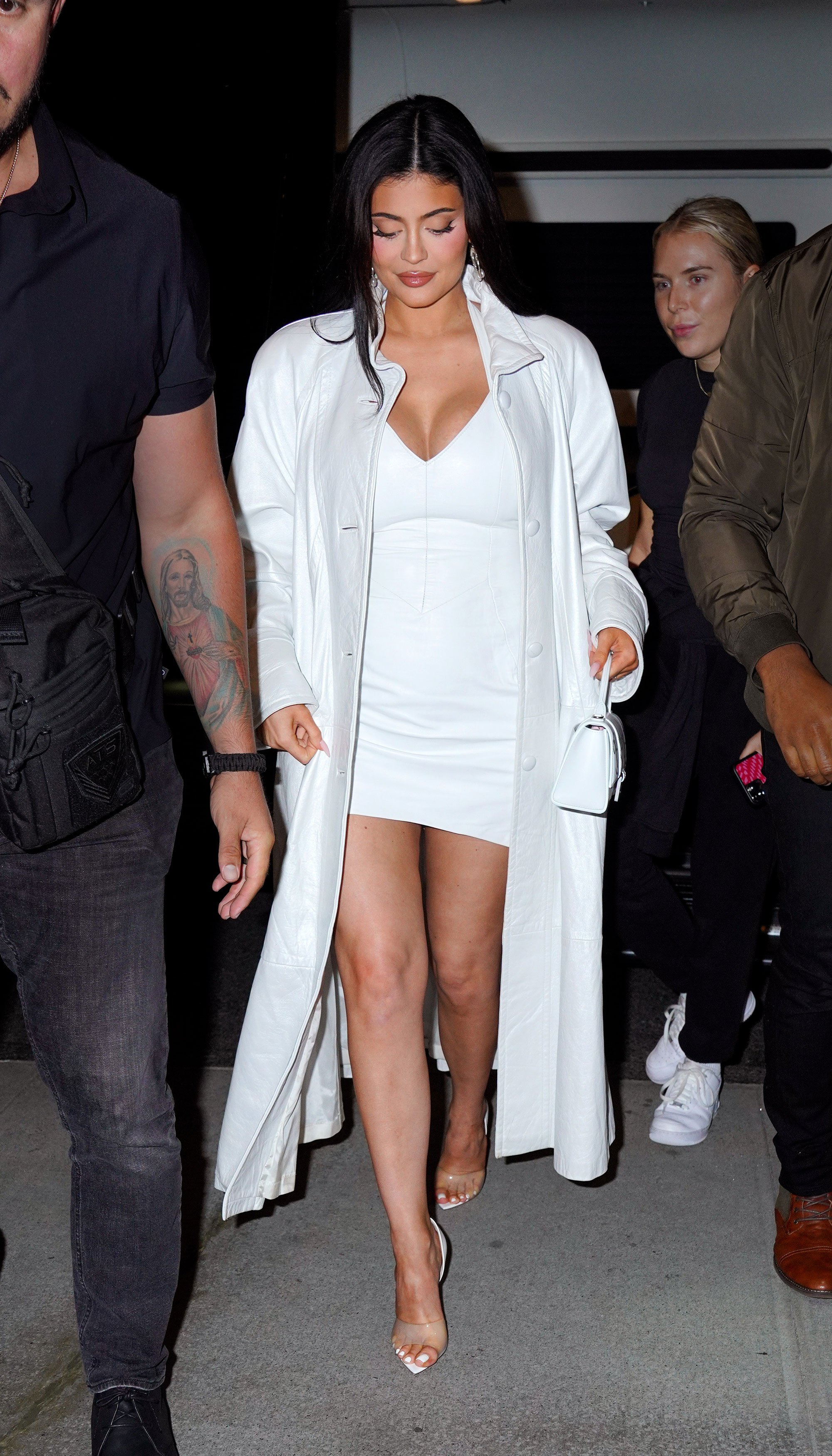 Kylie Jenner’s unborn baby is already cooler than me. After surprising fans on September 7 with an announcement that she is expecting her second child with boyfriend Travis Scott, Jenner debuted her baby bump in the chicest way possible: at New York Fashion Week. Being introduced to the world at one of the most coveted fashion events ever sets the precedent that Jenner’s new baby will have some serious style.

The star stepped out in an all-white look, featuring a super-short leather dress and a long, gleaming leather trench coat. Both pieces are from the brand Vintage Marcela, which Jenner has worn before. She completed the outfit with sleek clear Gianvito Rossi heels, chunky futuristic sunglasses and a tiny Balenciaga bag.

While Kylie Jenner is certainly no stranger to big NYFW moments, she may have just upped the ante for herself and all other fashion week attendees with this form-fitting monochromatic maternity look. Her first pregnancy, with daughter Stormi, was kept completely under wraps, so Jenner’s decision to go public with her second pregnancy was unexpected (even though some dedicated fans predicted it). Naturally, the celebrity influencer and makeup mogul made the announcement on Instagram, through a heart-warming video featuring clips of herself and Scott hugging, going to the doctor, and telling momager Kris Jenner the news. The video has already received more than 22 million likes, and is reminiscent of her first baby-reveal video after Stormi was born, titled “To Our Daughter.” (Spoiler alert: prepare to be moved to tears.)

Following the announcement and the NYFW appearance, Kylie Jenner may start to attend more public events — in contrast to her first pregnancy when she mostly stayed in her gated community, a source told E! News. Knowing the beauty mogul, we’re definitely in for some stylish pregnancy content. The question now on our minds is: will she and her fashion-forward baby bump be at the Met Gala on September 13? We’ll just have to wait and see.

Blindish Latina Founder Catarina Rivera Is Proving You Can Still Live Your Best Life Having a Disability
What Is RxPass, and Can It Save You Money on Prescription Medication?
How Fashion Broke, and Then Repaired, My Relationship with Lunar New Year
The Most Iconic Oscars Looks Ever, As Chosen By FASHION Editors
This Calming Supplement Eased My Tension Headaches Without Irritating My Gut