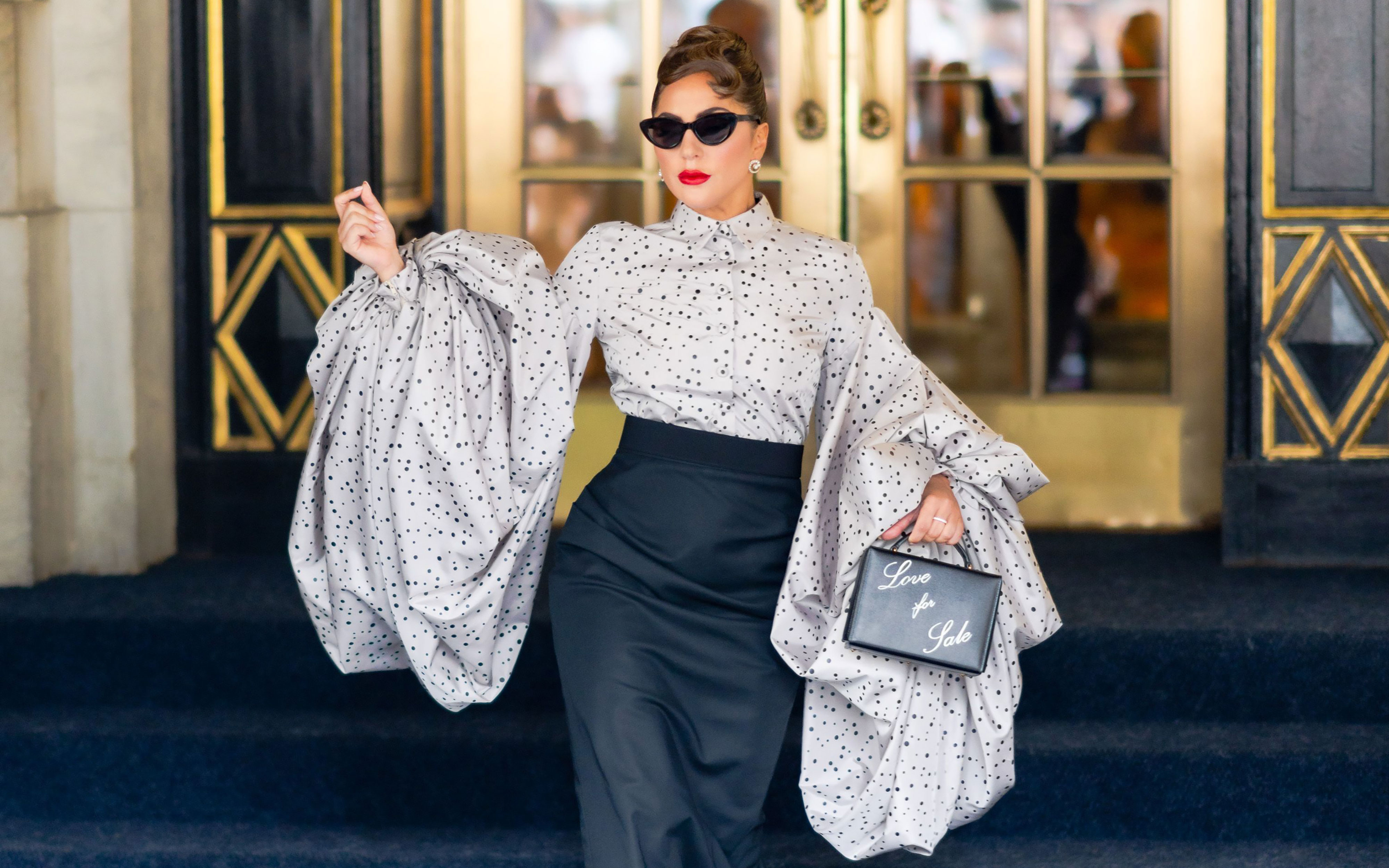 As buzz around ‘House of Gucci’ reaches a fever pitch, Gaga has been using the streets of New York as her own personal runway.

We interrupt our regularly scheduled programming to bring you the following message: Lady Gaga is living her best fashion life. While in New York over the last month preparing for a special two-night jazz concert with Tony Bennett at Radio City Music Hall, Gaga has been serving some seriously high-fashion looks. Did you see her old Hollywood-style Giambattista Valli ball gown?! It was a hard look to top. But never afraid of a challenge, on July 31, the singer debuted her most glamorous look yet: a bright purple Valentino Haute Couture ensemble that evokes audible gasps.

During her Radio City Music Hall stint, the pop powerhouse’s commitment to fashion has already been one of legend. Throughout July, Gaga’s ensembles seemed to get increasingly elaborate and avante-garde as the weeks passed. Think: an Audrey Hepburn-esque black Alexander McQueen dress; a feather-winged mini by Lanvin paired with Pleaser platforms; an Andrew Gn 1960s-inspired embellished ensemble; a regal polka-dot, puff-sleeved blouse from Christian Siriano; a Mark Cross bag emblazoned with the words “Love For Sale” (the title of Gaga and Tony Bennett’s next album).

Perhaps the ultimate fashion shape-shifter, fans of Lady Gaga’s have long commented on her transformative fashion. With each new project she takes on, her style effortlessly reflects its vibe: During the release of her country-leaning album Joanne, denim cutoffs and pink cowboy hats made a regular appearance in the singer’s wardrobe; for A Star Is Born, who could forget her tribute to classic-Hollywood style at every award show; and her futuristic looks promoting her Chromatica album left the world wanting more.

With the November premiere of the hotly anticipated House of Gucci, here’s hoping her next inspiration comes from her character’s flair for drama as she plays the murderous ex-wife of Maurizio Gucci, Patrizia Reggiani. Either way, with Gaga, we’ve learned never to expect the expected. If you need a refresher on the singer’s jaw-dropping summer 2021 style, click on the gallery below.

I Tried Wearing Tights As Pants
Jennifer Garner’s Box-Jump Workout Is Not For the Faint of Heart
Where Are All the Plus-Size Male Models?
What Is RxPass, and Can It Save You Money on Prescription Medication?
Inkbox Breaks Into Beauty With Nail Art + More Beauty News