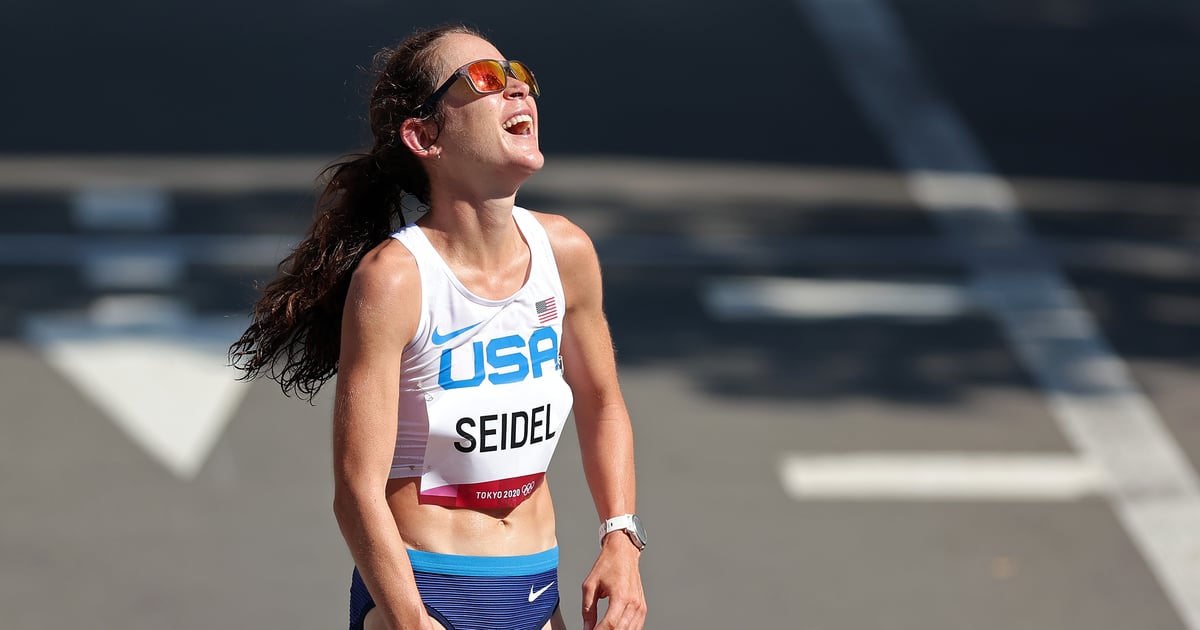 Molly Seidel just made her third career marathon count. The 27-year-old American shocked a stacked field by winning bronze at the 2021 Olympics, becoming the third American woman to medal in the Olympic marathon as she finished behind gold medalist Peres Jepchirchir and silver medalist Brigid Kosgei, both of Kenya.

In extremely hot and humid conditions in Sapporo, Japan, the American team — Seidel, Aliphine Tuliamuk, and Sally Kipyego — wasn’t expected to factor into the medal conversation. While Tuliamuk appeared to bow out out mid-race, Seidel and Kipyego quickly established themselves within the lead pack. Kipyego dropped up off and ultimately finished 17th, but Seidel maintained her controlled pace, often leading the thinning pack as the pace (and the heat) increased. Seidel eventually dropped off the Kenyans’ pace but maintained a comfortable lead over fourth-place finisher Roza Dereje of Ethiopia. Seidel’s time was 2:27:46, trailing half marathon world champion Jepchirchir with 2:27:20 and marathon world record holder Kosgei, who finished in 2:27:36.

For Seidel, it’s a day to write her name in the history books. The Wisconsin native will now join two other legendary marathoners as the only American women to medal in the Olympic marathon: Joan Benoit Samuelson, who won gold in the inaugural women’s race in 1984, and American record holder Deena Kastor, who took bronze in 2004. Ahead, see more photos of the medalists and the epic race.

I’m Sorry, But the Peplum Is Back
These Are the Sexiest Movies on Netflix
Does TikTok’s “Lucky-Girl Syndrome” Actually Work?
5 Celebrity Beauty Looks From the Grammys We’ll Be Copying ASAP
Do This Simple Arm Warmup Before Any Upper-Body Workout