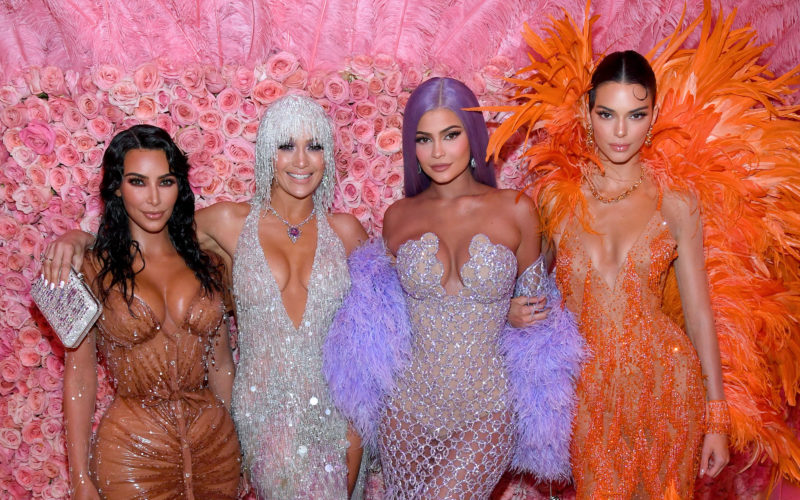 The mock guest list and table layout predicted a 2021 Met Gala filled to the brim with Gen-Z social media influencers.

After being cancelled in 2020 due to the COVID-19 pandemic, this year’s highly anticipated return of the Met Gala is almost upon us. The exclusive fashion event will be taking place on September 13 (coinciding with the close of New York Fashion Week), and the question currently on everyone’s mind is: who exactly will be in attendance? Recent fake (but widely circulated) guest lists and a Met Gala seating chart seating showed a 2021 event brimming with more Gen-Z influencers and controversial internet personalities than A-list celebs and bona fide fashion industry insiders — resulting in some very strong opinions.

What’s up with the rumoured Met Gala 2021 guest list?

As is tradition with the Met Gala, the official guest list will be kept under wraps until attendees arrive on the red carpet. Nevertheless, the internet has been having a splendid time predicting who might attend. Earlier this month, Page Six reported that Met Gala regulars like Jennifer Lopez, Rihanna and Lupita Nyong’o will grace this year’s carpet.

On August 16, the Instagram account @_metgala2021 began posting possible guest lists for the event. Amid some familiar Met Gala attendees were young internet stars like YouTuber Emma Chamberlain and TikTok creator Addison Rae. The account continued to post more possible influencer guests like TikTok sisters Charli and Dixie D’Amelio, as well as controversial YouTubers Nikita Dragun and James Charles. The lists were not confirmed by Met Gala organizers and the account’s bio states that it is “​​not affiliated with the Met Museum,” but the predictions have fans speculating that the 2021 Met Gala will host more influencers than ever before.

The possibility of Gen-Z influencers like Chamberlain and Rae attending isn’t that farfetched. Chamberlain, who got her start on YouTube, has made a name for herself in the fashion world by collaborating with Louis Vuitton and attending many a Paris Fashion Week. For her part, Rae has become one of the biggest names on social media, with over 82 million followers on TikTok and a starring role in the upcoming Netflix film He’s All That, a remake of the 1999 comedy, She’s All That. It also wouldn’t be the first time that content creators and influencers have attended the prestigious event. Internet stars like Liza Koshy, Lilly Singh and the aforementioned James Charles have all been guests at the Met in the past.

What’s this 2021 Met Gala seating chart you speak of?

Now this is what really sparked outrage. On August 23, @_metgala2021 posted an unconfirmed (and likely completely false) seating chart that quickly went viral. Taking into account the already leaked influencer-saturated guest list, the seating chart placed influencers alongside the biggest names in fashion and Hollywood. One table showed Chamberlain sitting between Beyoncé and Lady Gaga, with Rae (at the head of the table!) sitting between Naomi Campbell and Donatella Versace.

Many fans were both confused and concerned, saying that these young influencers shouldn’t sit with such established names in the fashion and entertainment worlds. The account captioned the mock seating chart with, “Nothing is confirmed here, so don’t believe everything you see.” However, the post still managed to spark widespread criticism — and memes, of course. One meme, joking that Gaga would not even know who Rae is, caught the attention of Rae, who seemingly embraced the criticism, writing, “I would do anything for u @ladygaga”.

I would do anything for u @ladygaga https://t.co/vRZfrsxhKu

This is the first Met Gala since before the pandemic, so things *will* most likely look a little different. For starters, the 2021 Met Gala will be implementing a mask mandate due to the ongoing COVID-19 pandemic, meaning seating plans will probably be entirely different and more spaced out than in previous years. As the saying goes, don’t believe everything you read on the internet!

Is the 2021 Met Gala moving in a younger direction?

This year, the Met Gala is embracing younger industry figures. On May 3, Vogue announced that the 2021 Met Gala would be co-chaired by an array of Gen-Z celebrities including actor Timothée Chalamet, singer Billie Eilish, tennis star Naomi Osaka, and U.S. poet laureate Amanda Gorman. “They may be young, but each of the night’s cohosts has made their mark on fashion,” wrote the publication.

This year’s theme will be “In America: A Lexicon of Fashion,” and the event seems to be more inviting of fresh faces than ever before. After all, Kim Kardashian West was once considered a controversial guest, and now she’s a regular attendee, not to mention Vogue cover star. Perhaps more influencers have been added to this year’s Met Gala guest list with the intention of attracting a younger audience to the prestigious fashion event.

As so many parts of our lives continue to migrate online, the embrace of internet creators and social media influencers by the fashion world is inevitable — and already starting to happen. On September 13, we’ll see how this year’s Met Gala might set itself apart from earlier years. In the meantime, read all the need-to-know details about the event here.

Dorian Who Releases a Thought-Provoking Collection + More Fashion News
The Low-Oxalate Diet Isn’t For Everyone, Experts Say. Here’s What to Know.
Do This Simple Arm Warmup Before Any Upper-Body Workout
Jordan Chiles’s New ’90s Hip-Hop Floor Routine Is an Absolute Party
Lipgloss Nails Were Made for Minimalists