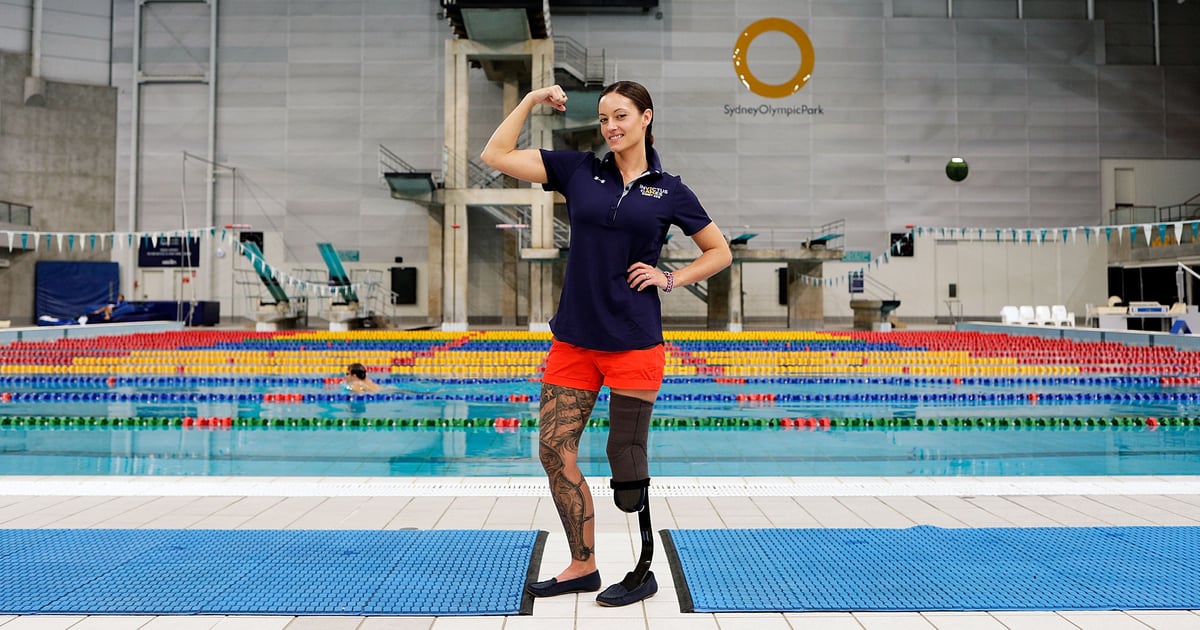 Para swimmer Elizabeth Marks has been making waves (literally) during the 2021 Paralympics in Tokyo. On the first day of competition, she broke the Paralympic record in the 50m freestyle S6 heat with a time of 33.16 and won silver in the race in the finals. Not bad for her first time swimming freestyle in a Paralympic final. She also competed in the 200m individual medley SM6, where she came in fourth.

This isn’t Marks’s first rodeo: she competed in the Rio Games in 2016, taking home two medals. But as impressive as her swimming career is, being an athlete isn’t even her day job — she’s been a soldier in the US Army since 2008. Keep reading for more facts about the 31-year-old swimmer, and watch the Tokyo Games to see her continue to crush it in the pool.

After My Mom Got Shot, It Took Years For Me to Understand That I Was a Survivor, Too
Machine Gun Kelly’s Grammys Red Carpet Interview Turned Into a Vulnerable Therapy Session
The Most Jaw-Dropping Looks From the 2023 Grammy Awards
Should We Really Expect Honesty from Beauty Influencers?
Now’s the Best Time to Buy Yourself Diamonds