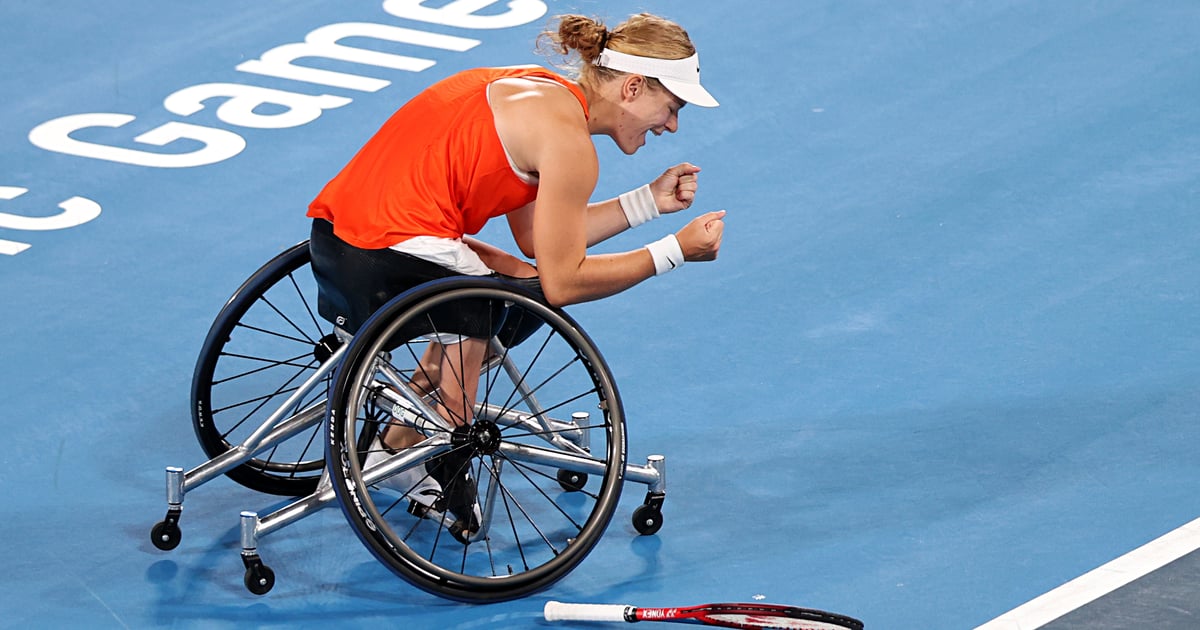 Tennis player Diede de Groot’s career goals, according to her website, are to stay No. 1 in the world, to win multiple Grand Slams, and to become a Paralympic champion. The 24-year-old from the Netherlands has already made a major dent in those goals — actually, she’s crushed them.

On Sept. 3, de Groot out-played Japan’s Yui Kamiji to win the gold medal at the Tokyo Paralympics with what the announcers called her “unstoppable backhand.” It was her second Paralympic medal to date — she claimed a doubles silver medal at the 2016 Paralympic Games.

De Groot’s singles gold in Tokyo means she’s one step closer to achieving a Golden Grand Slam, or Golden Slam: claiming victory in all four Grand Slams and an Olympic or Paralympic Games within a single calendar year. All she has to do is win the singles title at the 2021 US Open, and she’ll be the first athlete in wheelchair tennis history, according to Paralympic.org, to get a Golden Grand Slam.

Aside from her 11 major singles wins, de Groot has racked up doubles titles at all four Grand Slams and won singles titles at the 2017 and 2018 Wheelchair Tennis Masters. Keep reading for some fun facts about this stellar athlete.

Paul Rudd’s Wellness Regimen Was Specifically Crafted With His Marvel Shirtless Scenes in Mind
This 30-Minute Floor Workout Is Perfect For Beginners
How to Tell When You’re Actually Ovulating
Peloton’s Leanne Hainsby Opens Up About Her Breast Cancer Diagnosis
Jane Fonda Reflects on Her Past Eating Disorder: “It’s a Very Lonely Thing”