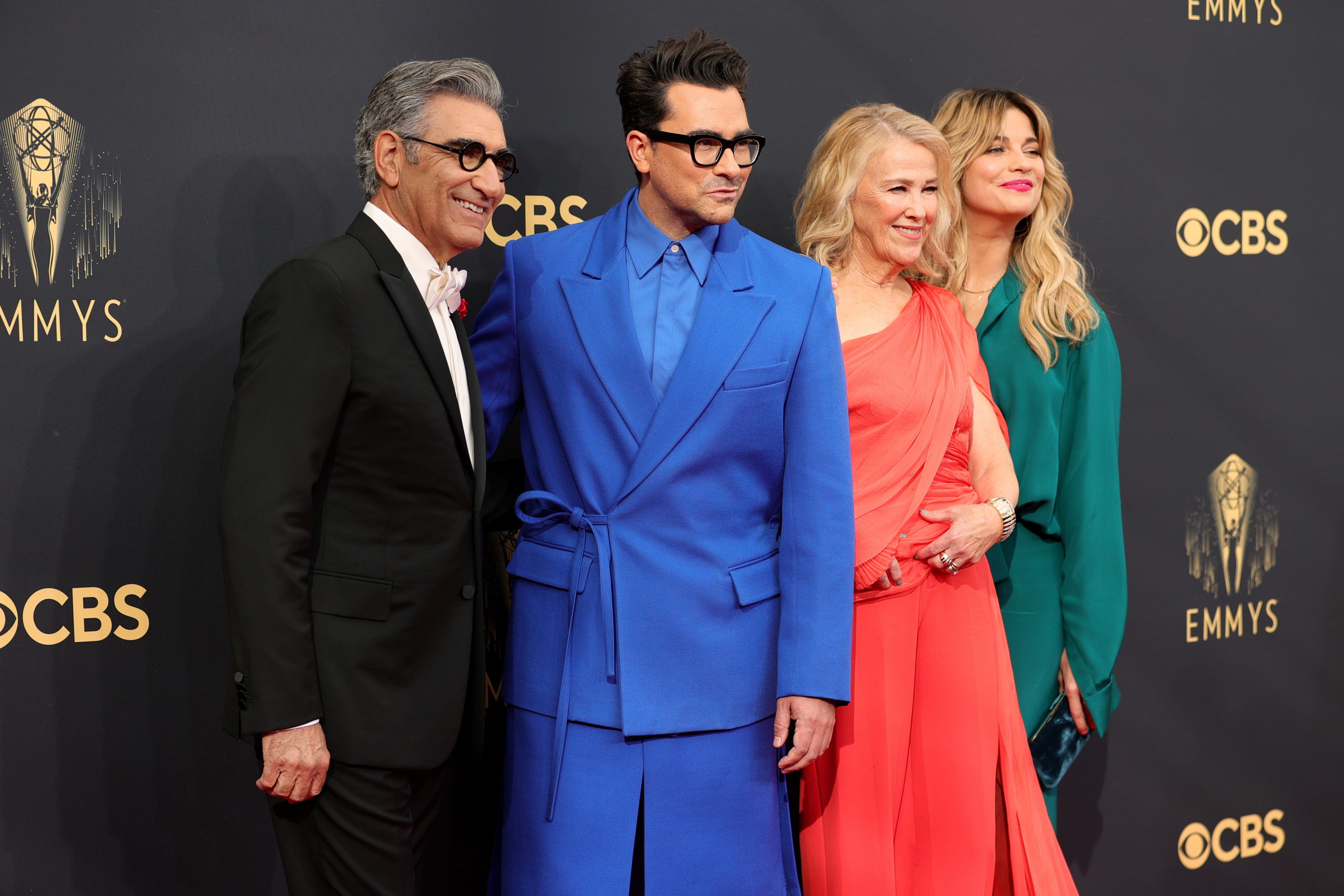 A “Schitt’s Creek” reunion and gowns by Greta Constantine and Lesley Hampton gave this year’s TV awards a Canadian twist.

With an outpouring of Tweets and happy tears, the iconic cast once again got to shine — and this year they weren’t the only Canadians to do so.

Devery Jacobs, star of the Indigenous-led comedy Reservation Dogs and an Emmys presenter, wore not one but three Canadian designers to the event. Channelling her inner ethereal goddess, Indigenous-Canadian designer Lesley Hampton created a custom sheer gown for the occasion. The actress paired it with a Knix bodysuit and earrings by Indi City.

Canadian fashion label Greta Constantine also made a statement on the 2021 Emmys red carpet as American powerhouse Angela Bassett appeared in their ruffled black and pink ensemble and presented the final award of the night (which went to The Queen’s Gambit).

The Toronto-based design duo behind Greta Constantine — Kirk Pickersgill and Stephen Wong — have also dressed Schitt’s Creek cast members such as Catherine O’Hara and Emily Hampshire at previous award ceremonies, prompting celebrity stylists to add them to their couture lineups. Notable names who have worn the Canadian brand include Tiffany Haddish, Kerry Washington, Demi Lovato,  Viola Davis and Amanda Gorman, among others.

As 2021’s award season is well on its way, we can’t wait to see what other Canadian names will crop up. Until then, here are a few of our other picks for best dressed on the 2021 Emmys red carpet.

Elizabeth Olsen in The Row

A Dangerous Fungal Infection Is Spreading Across the US. How Concerned Should We Be?
Why Levi’s 501 Is Still the Most Iconic Pair of Jeans
All Your Day Needs Is This 10-Minute Latin-Inspired Dance Workout
These Are the Sexiest Movies on Netflix
The Sad Truth About Social Media and Toxic Diet Culture