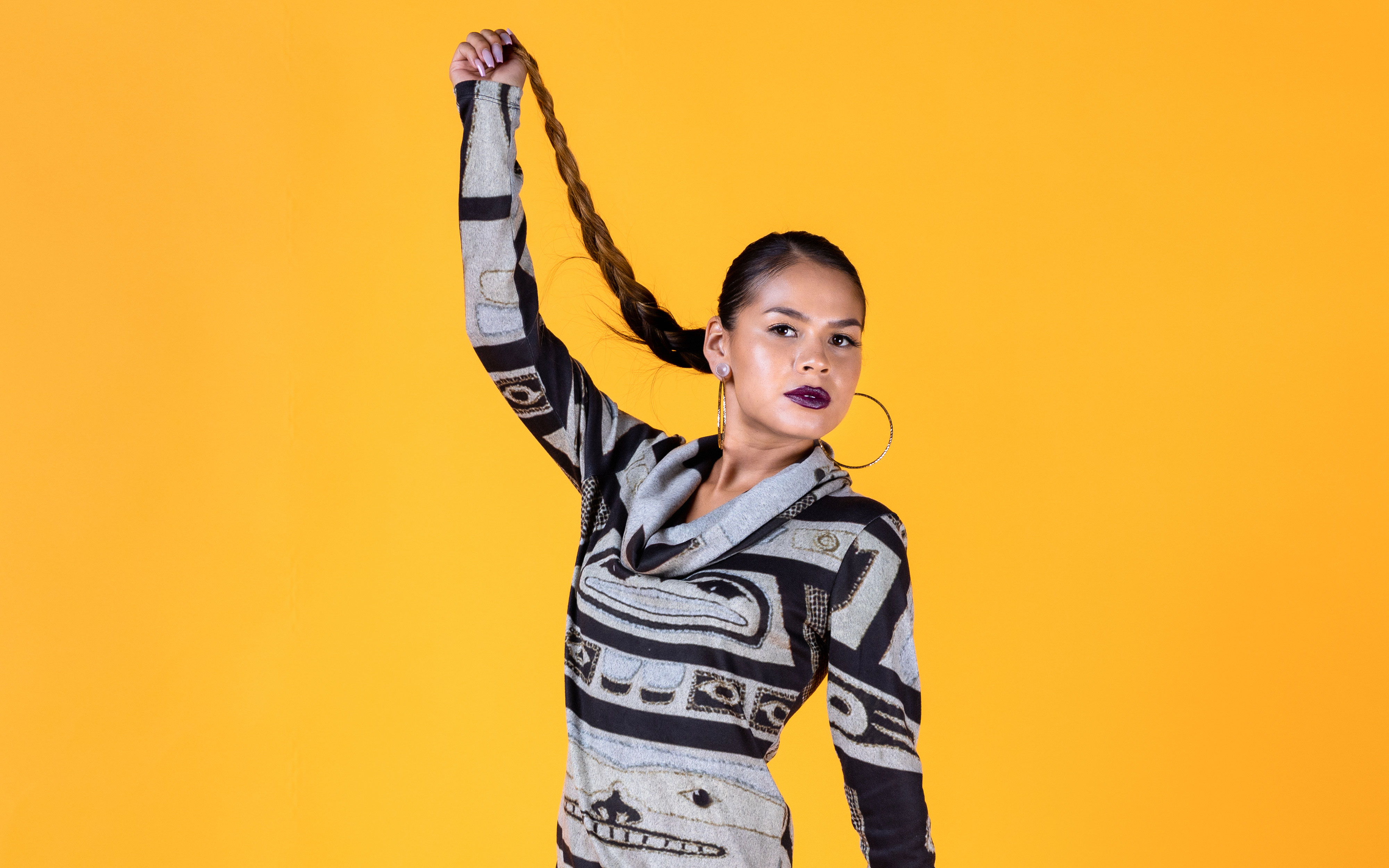 SWAIA has been supporting Indigenous artists since the Santa Fe Indian Market launched in 1922. Ninety-nine years later, the outdoor bazaar and accompanying fashion show have received international recognition, making it a go-to destination for style, creativity and culture.

Among the artisanal array of pottery, paintings, textiles, sculpture, and jewellery at the market, Indigenous fashion designers have been increasingly in the spotlight. The first runway show— which this year included Vancouver’s Pamela Baker — was so popular that curator Amber-Dawn Bear Robe introduced a secondary show, the SWAIA Gala, featuring Canadian talent Yolanda Skelton.

Indigenous fashion designers have historically not received their due recognition within the often Western-centric fashion industry. Things are changing in recent years, thanks in part to advocates like Sage Paul, founding member and artistic director of IFWTO, and designers such as Lesley Hampton and Warren Steven Scott, who channel their cultural past into pieces that honour their history while maintaining a contemporary aesthetic.

Featuring looks from Jamie Okuma (Luiseño, Shoshone-Bannock), Orlando Dugi (Diné), Canadians Pamela Baker (Squamish/Kwakwaka), Yolanda Skelton (Gitxsan Nation and the House of Hax-be-gwoo-txw of the Fireweed Clan) and Lauren Good Day (Arikara, Hidatsa, Blackfeet and Plains Cree), orange was the unofficial runway theme in honour of the Indigenous children killed at residential schools in the U.S. and Canada. The colour came to life in the form of capes, ornate blouses, and elaborate prints, as a cast of all-Indigenous models walked the runway.

Here are a few highlights from the SWAIA Fashion Show.