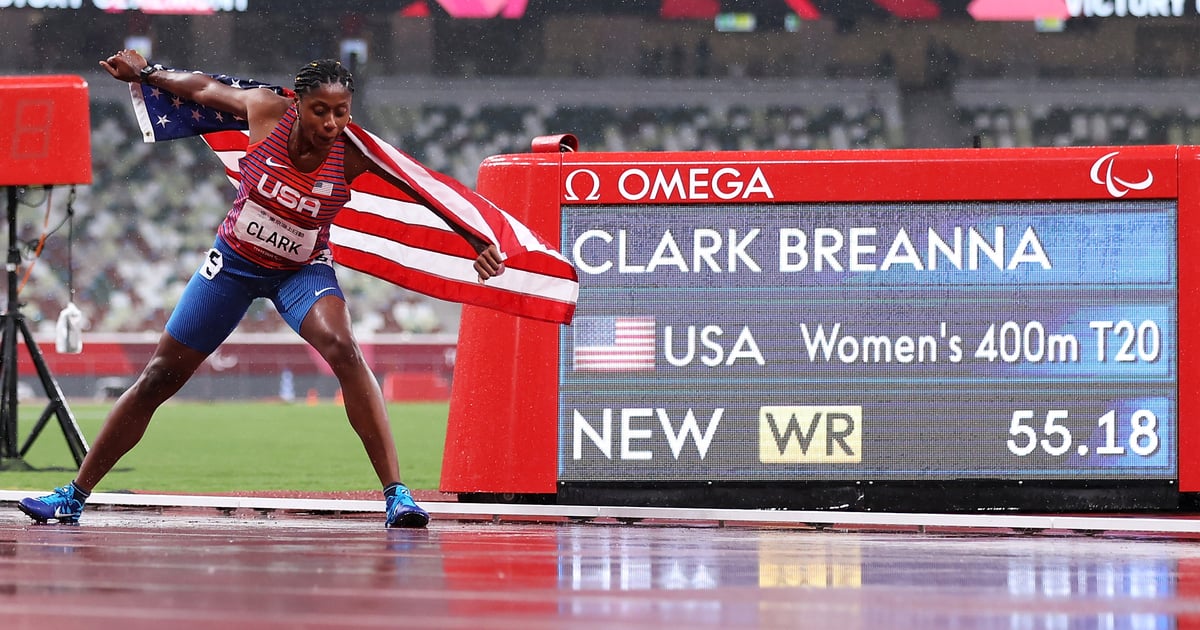 In her second Paralympics, Breanna Clark won a gold medal in Tokyo on Tuesday Aug. 31, breaking her own world record in T20 400m, with a time of 55.18. Her previous world record was 55.99, which she achieved during the Arizona Grand Prix in 2018.

The T20 classification is for athletes with intellectual disabilities. Born in 1994, Clark was diagnosed with autism when she was four years old, and began her running career by running track in high school and then in college. Here’s a fun fact: Clark’s mother, Rosalyn, was also a Team USA Olympian! She won a silver medal in 1976 in the 400m and the 4x400m relay — 40 years later, her daughter Breanna won a gold medal at the Rio Games.

Ahead are photos of Breanna Clark’s record-breaking gold medal win in Tokyo. Her second Paralympic gold medal ever!

MCM Teams Up With Singer Tate McRae + Other Fashion News
This 10-Minute Low-Impact HIIT Workout Proves You Don’t Need to Jump to Sweat Buckets
The Most Iconic Oscars Looks Ever, As Chosen By FASHION Editors
Join One of Lizzo’s Dancers For a 30-Minute Hip-Hop Dance Cardio Class
Shania Twain Opens Up About the Voice Changes That Came With Lyme Disease