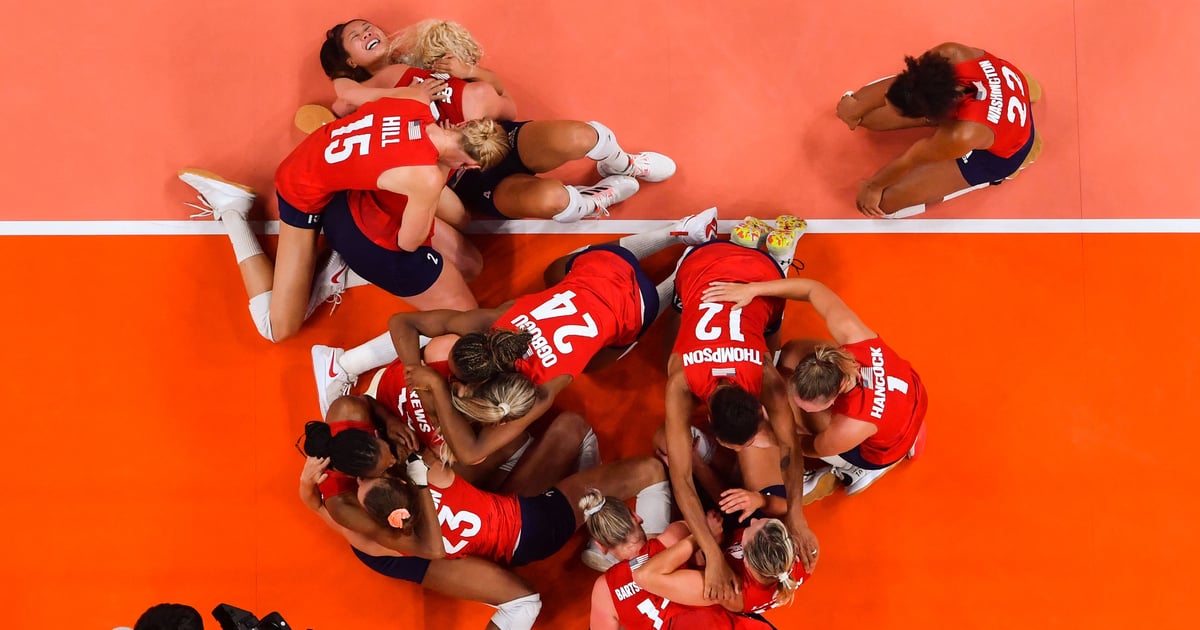 It was a moment 57 years in the making. On the final day of competition at the Tokyo Olympics, the US women’s volleyball team — the most decorated volleyball squad never to win Olympic gold — finally made the top of the podium after defeating Brazil in three straight sets.

The final point came courtesy of three-time Olympian and team captain Jordan Larson, who spiked the ball just behind Brazil’s front row to close out the third set 25-14. The celebration that followed was one for the ages, as the American athletes piled up at center court, having written a new chapter for a program that had won three silver medals and two bronze — in addition to other major international tournaments — but never quite captured that elusive gold.

Asked on the sidelines if this moment was everything the team imagined it would be, middle blocker Haleigh Washington wiped away tears. “It’s a lot more wet than I had anticipated, but it’s everything we wanted it to be,” Washington said. “The hard work that we put in, the sweat, the tears, the blood. It’s been worth it, and I am so proud to have done it with this group of women. I’m so honored.”

The Best Street Style from Copenhagen: Oversized Leather, Layering, and Lots of Green
All Your Day Needs Is This 10-Minute Latin-Inspired Dance Workout
Do This Simple Arm Warmup Before Any Upper-Body Workout
Jane Fonda Reflects on Her Past Eating Disorder: “It’s a Very Lonely Thing”
Dorian Who Releases a Thought-Provoking Collection + More Fashion News