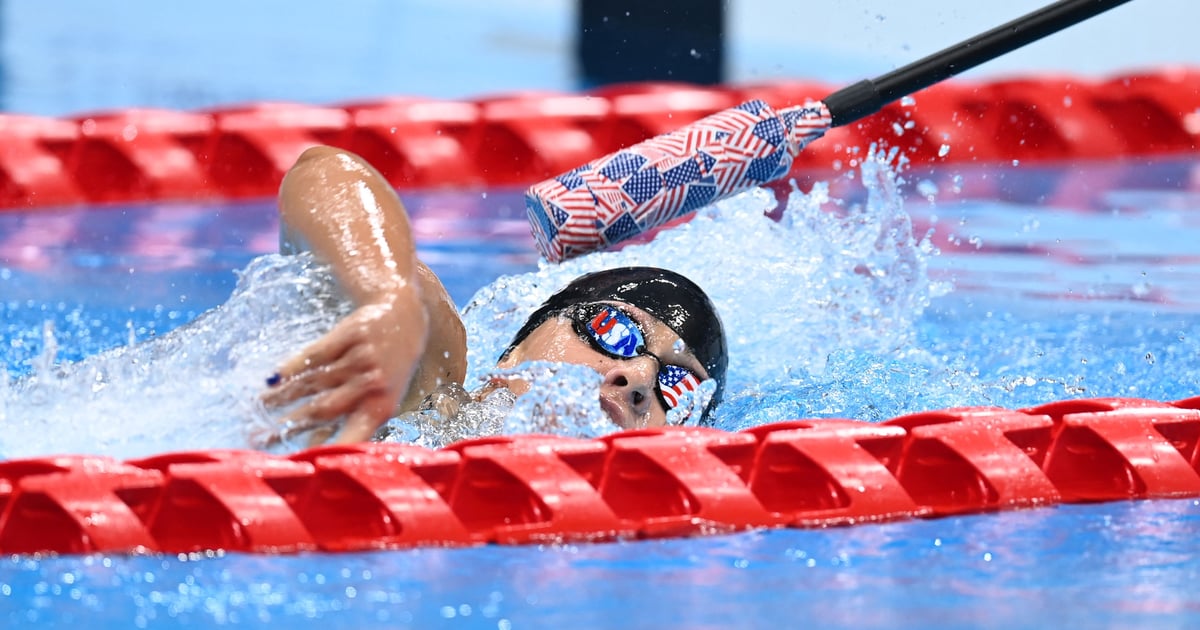 The amount of times I’ve crashed 🙄

If this is your first time watching the Paralympics, you might be curious how visually impaired swimmers stay in their lane and know when to turn, because while swimming is thrilling to watch, the sport can also be dangerous. Fortunately, there’s a process to help blind and low-vision athletes navigate the pool, one that Anastasia Pagonis — who recently won Team USA’s first gold medal of the Tokyo Paralympics — broke down in a video for her two million TikTok followers.

Paralympic swimmers in classes S/SB 11 through S/SB 13 — the classification groups for blind and low-vision athletes — often rely on tappers to alert them when they’re nearing the end of the lap lane. “I get tapped at each wall so I know where I am and don’t get a concussion, and then I use the lane line as a guide to keep me straight,” Pagonis explained. (According to NBC Olympics, Pagonis touches the lane barrier with her fingers every few strokes.)

As the name would suggest, a tapper stands at the end of a swimmer’s lane and physically taps their athlete with a pole to let them know when it’s time to turn. There’s no set standard for the length of the poles, which means some swimmers might prefer a closer tap, while others opt for longer poles that give them plenty of time and space to turn. Regardless of the equipment used, it’s important for visually impaired swimmers, like Pagonis, to have a tapper they trust. “I pretty much have to trust them with my life,” Pagonis said in another video, adding that there have been times when they’ve missed that connection and she’s crashed into the concrete wall.

Much like the guides who run with blind sprinters during the Paralympics, tappers are essential to ensuring that the athletes can compete safely. For more behind-the-scenes looks at the Paralympics, as well as her humorous takes aimed at normalizing blindness, follow Pagonis on TikTok.

Camila Mendes Candidly Addresses Past Eating Disorder: “Really F*cks With Your Process”
Jennifer Garner’s Box-Jump Workout Is Not For the Faint of Heart
Kristin Chenoweth Celebrates the Joys of Authentic Healing in “I’m No Philosopher, But I Got Thoughts”
This Calming Supplement Eased My Tension Headaches Without Irritating My Gut
How to Tame Sweaty Hair After Exercising and Go Straight Out