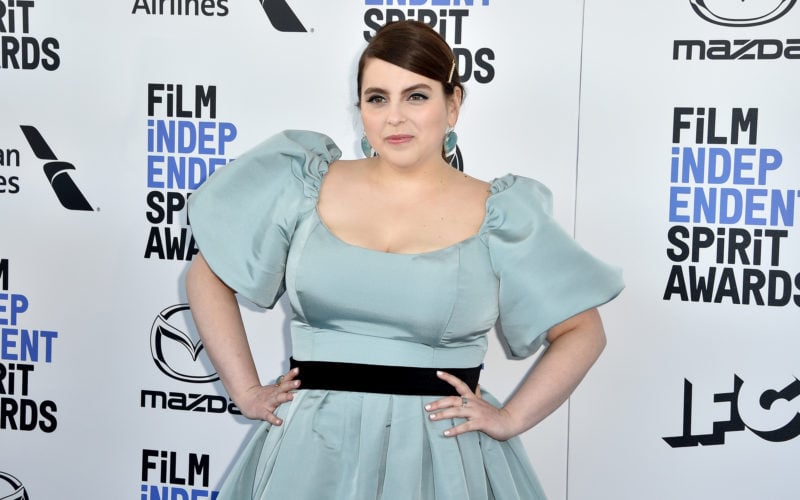 As buzz for ‘American Crime Story: Impeachment’ mounts, we’ve got our eyes on Feldstein, who plays Monica Lewinsky in the series.

We are on the precipice of Beanie Feldstein’s transformation to full A-lister.

Known for her roles in Lady Bird and Booksmart, the actor has slowly but surely gained “movie star” momentum, receiving critical acclaim and a devoted fan following in the process. Widely loved as one the most relatable, down-to-earth, and endearing young actresses on the planet, it feels as though Feldstein is Peter Parker right before he turns into Spiderman — and Monica Lewinsky is the spider bite.

The third season of Ryan Murphy’s American Crime Story: Impeachment (premiering on September 7) is already the must-watch of the fall. Starring as the aforementioned former White House intern, Feldstein is at the heart of the buzzy miniseries about the Bill Clinton impeachment scandal. If that weren’t enough, it was also recently announced that Feldstein would star as Fanny Brice — the role that helped make Barbra Streisand a star *and* an Oscar winner — in a production of Funny Girl, which is returning to Broadway for the first time in 58 years.

As Emmy, Tony, and Golden Globe nominations are sure to follow suit, we’re pretty stoked to see more of Feldstein’s vibrant and playful fashion. Never one to shy away from colour or interesting silhouettes, the former FASHION cover star has become one of the most exciting stars to see on the runway, thanks in part to her stylist Erin Walsh.

To celebrate this rising star, here are a few of our favourite Beanie Feldstein fashion moments — on- and off-screen — so far.

Feldstein wears Lewinsky’s now-iconic beret in a promotional shot for the new series.

Outfitted in a patent leather Tibi skirt and Sergio Rossi heels, Feldstein spoke at the #AerieREAL Summit in NYC in 2020.

The actor attended the award ceremony in a monochromatic Miu Miu ballgown and instantly made every Best Dressed list on the internet (including ours!).

Dressed in a custom Markarian design, Feldstein was a breath of fresh air at the 2020 Independent Spirit Awards, where she supported director Olivia Wilde as she won Best First Feature for Booksmart.

The fashion in Booksmart hasn’t been talked about enough and we’re here to fix that. Feldstein’s character Molly wears a denim jumpsuit, blue neck scarf and fanny pack to celebrate her last night as a high school student and we love this 1970s disco meets 2019 adolescence style moment.

More is more — at least when it comes to this over-the-top look. Pairing a gingham frock with a graphic long sleeve top, Feldstein showed off her bold style while running around NYC.

Perhaps our favourite look of them all (and that’s saying something!), Feldstein shone in this custom Oscar de la Renta ensemble.

All Your Day Needs Is This 10-Minute Latin-Inspired Dance Workout
Taylor Lautner and His Wife Open Up About the Mental Toll of Being Targeted by Paparazzi
This One Technique Is Key to Getting Stronger, Trainers Say
Is Anyone Thriving More Than Anne Hathaway Right Now?
An Inside Look at Canadian Artist Maxwell Burnstein’s Latest Collage Inspiration: LOUIS XIII THE DROP