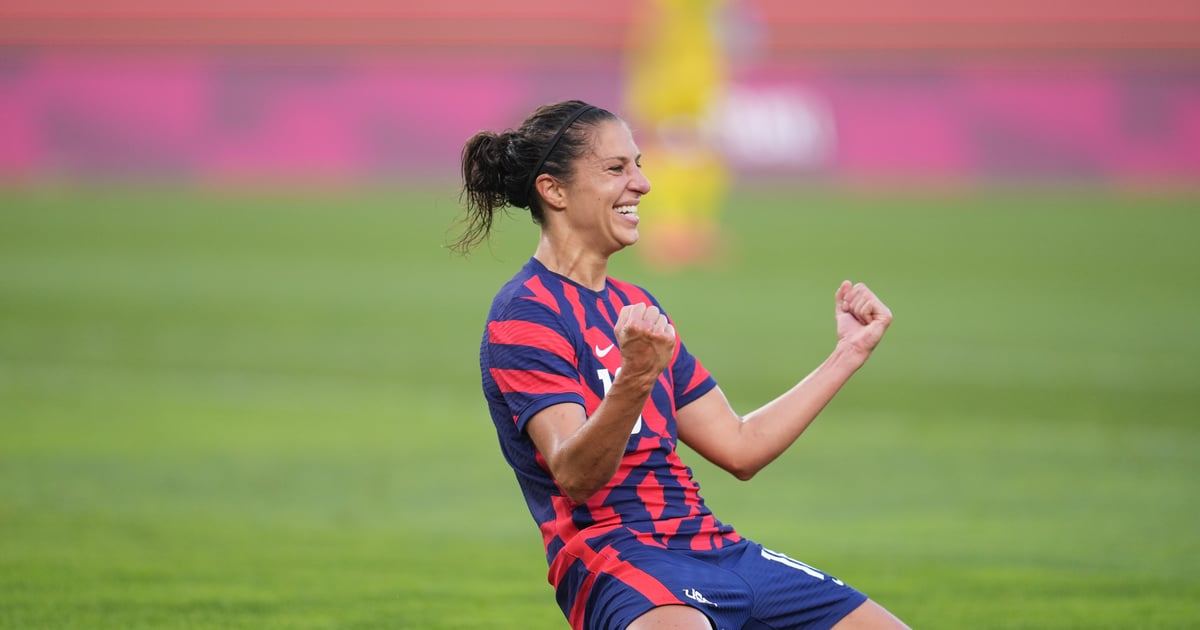 After 16 years as a fearsome force of attack for the the US Women’s National Soccer Team, Carli Lloyd announced today that she’s officially hanging up her cleats for the USWNT and her club team, Gotham FC. Lloyd will play her final four international friendlies this fall with the USWNT and finish out the season with Gotham before retiring.

As her career draws to a close, Lloyd’s international numbers easily place her in the same conversation as the USWNT legends that came before her. Here’s a taste: She has the second-most international appearances in soccer history with 312 (only USWNT icon Kristine Lilly has more, with 354) and has scored 128 goals, fourth-most in USWNT history.

“Every single day I stepped out onto the field, I played as if it was my last game,” Lloyd said in a news release, according to ESPN. “I never wanted to take anything for granted, especially knowing how hard it is to get to the top, but even harder to stay at the top for so long.” Lloyd said she was grateful to the USWNT, her coaches, and her family, adding that she was excited to begin the next chapter with her husband, Brian, “but I will most likely need to another outlet for my competitiveness! Perhaps that will be golf?” (We wouldn’t put it past her.)

Whatever’s next for Lloyd, we’ll always remember her intensity, max-effort style of play, and the jaw-dropping, highlight reel moments she created on the biggest stages. Ahead, relive a few of her most iconic moments in a USWNT jersey.

Blindish Latina Founder Catarina Rivera Is Proving You Can Still Live Your Best Life Having a Disability
This Collaboration Made Me Rediscover My Love of Skiing
Neutral Workout Outfits to Start Your Year Off Right — and On-Trend
Johnnie Walker Unveils Exclusive Collaboration with Angel Chen in Celebration of Lunar New Year
Suddenly, The White Lotus Stars Are Everywhere