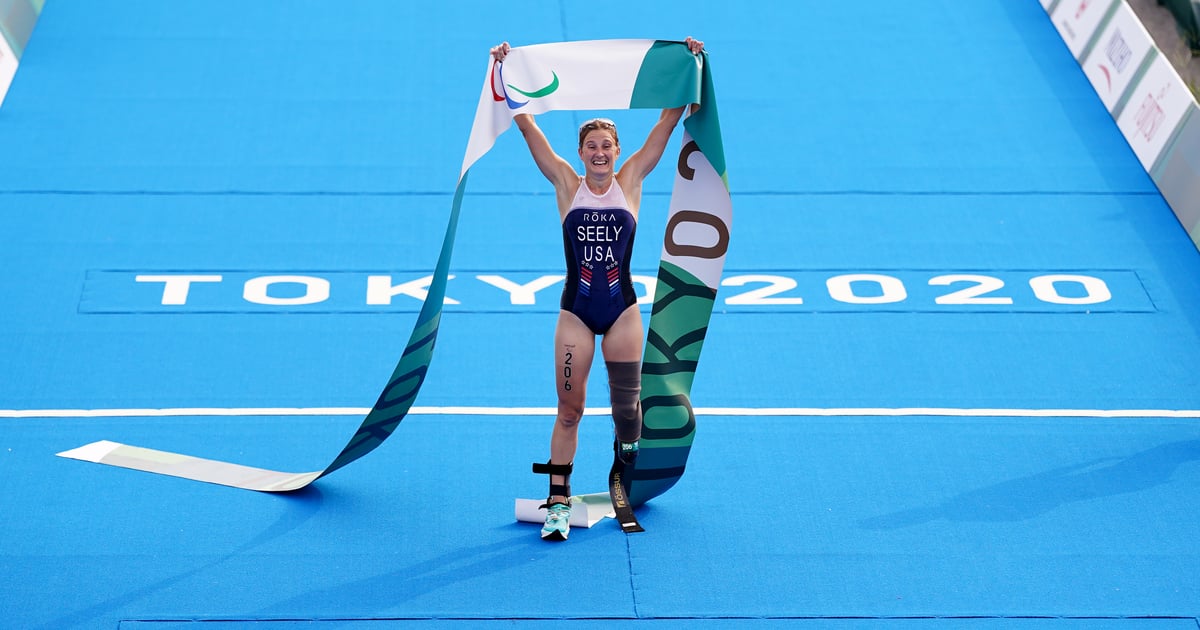 Through the Tokyo heat, over the course of an hour and change, Team USA’s Allysa Seely defended her gold medal at the women’s PTS2 triathlon Paralympic final. She was victorious in this event five years ago in Rio, and fellow American Hailey Danz defended her own silver medal from five years back, coming in second behind Seely again in 2021. Third place went to Veronica Yoko Plebani of Italy. (Fun fact: Plebani actually competed in canoe sprint at the last Paralympics and represented her country in snowboarding at the 2014 Winter Paralympics.) Rio bronze medalist Melissa Stockwell, one of Team USA’s flag bearers during the Tokyo opening ceremony, finished in fifth this time around.

Danz, who was fourth in the 750-meter swim, took the lead in the 20-kilometer bike portion of the race and through most of the 5K run. Seely, with a background in track and field, having placed sixth in the women’s T36 200m final at the Rio Games, caught up to Danz ahead of the last lap and didn’t stop — she widened the gap between her and her teammate, then crossed the finish line with her arms raised high.

Seely said during the Olympic Channel live broadcast that she’s extremely grateful for the opportunity. She was diagnosed with endocarditis, a type of heart inflammation, last year, and she noted, “so many people thought it wasn’t possible just eight months ago, and so I’m just so thankful for every day I’ve been able to show up and do everything I can to make a dream come true.” Danz pointed to the fact that the two women are training partners and are used to pushing each other. “I think it’s a blessing to be able to practice that race mentality all the time,” she said.

Stockwell was full of emotion when being interviewed after her fifth-place finish. Just around eight weeks prior to the Tokyo Games, she was in a bike accident that left her with fractured L2 and L3 vertebrae and severe pelvic bruising. “I’m so happy, I’m just honored to be here, and I’m so proud of my teammates,” she said, adding that she kept believing in her ability to compete because “what else is there to do? I feel like when things happen, you’ve got to believe. I mean, there’s no point in not believing, so you’ve just kind of got to push through.”

Keep reading to check out photos from the competition plus footage of Seely’s phenomenal finish.

The Low-Oxalate Diet Isn’t For Everyone, Experts Say. Here’s What to Know.
The Viome Full Body Intelligence Test Gave Me Surprising Info About My Heart Health
How to Tell When You’re Actually Ovulating
Paul Rudd’s Wellness Regimen Was Specifically Crafted With His Marvel Shirtless Scenes in Mind
All Your Day Needs Is This 10-Minute Latin-Inspired Dance Workout