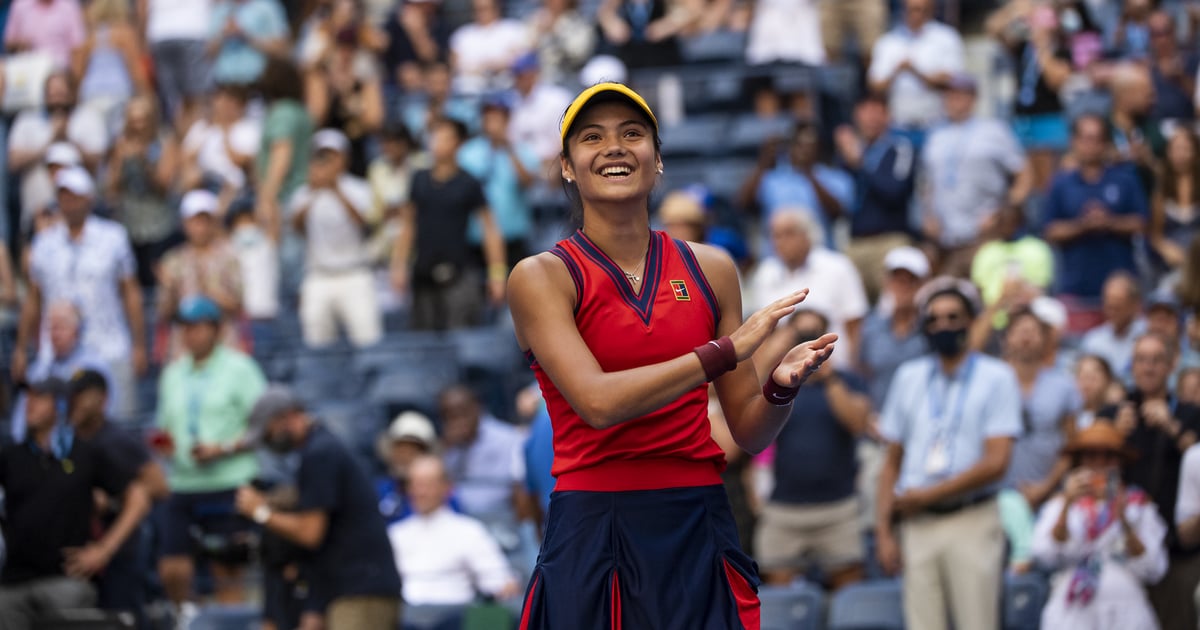 Two months after Emma Raducanu made history in her Wimbledon debut — becoming the youngest British woman ever to make the tournament’s Round of 16 — she’s captured the world’s attention yet again. After defeating American Shelby Rogers in straight sets, the 18-year-old tennis phenom became the youngest woman to earn a spot in the quarterfinals of the US Open since 2001 — and to think, just a few months ago, she was wrapping up her final exams in London.

How does Raducanu juggle it all? Her success on the court comes down to her mentality off the court. “The way that I’m approaching my matches is each time I’m thinking to myself, ‘Why not?’ Like today, I was like, ‘Someone has to be in the second week, why not me?'” Raducanu said during her Wimbledon run. “I’m just trying to stay here as long as possible.” While already impressive, Raducanu’s tennis career is just getting started. Read more about the rising star ahead, and be sure to tune into the US Open on Sept. 8, when she’ll vie for a spot in the semifinals.

Michael B. Jordan Proves He Still Has His Boxing Skills in Dramatic “SNL” Promo
Tabitha Brown Tried Pilates and Gave the Best Postclass Review Ever
Is Schiaparelli Glorifying Trophy Hunting or Making Art?
The Most Iconic Oscars Looks Ever, As Chosen By FASHION Editors
Shania Twain Opens Up About the Voice Changes That Came With Lyme Disease